Now that we are back and unpacked from our trip, I wanted to share some highlights and details with you in case you’re thinking of taking a ski/snowboard trip out west. I’ll preface this post by saying that I am by no means an avid skiier, but it’s something that I am trying to do more of since RM really loves snowboarding. That said, he was the one to plan the trip which was a nice treat! I hope you enjoy the recap! 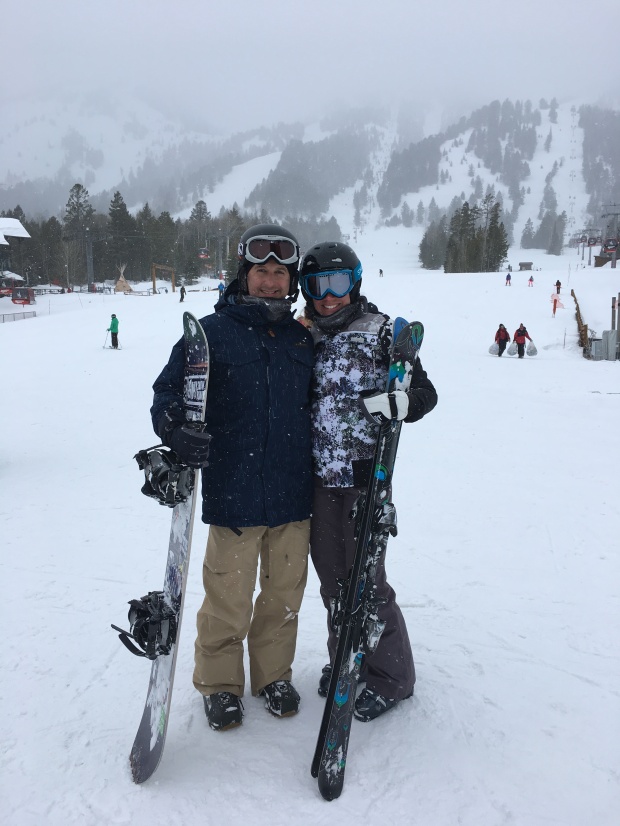 RM generally takes a snowboard trip out west every year and Jackson was a mountain that he had not been to yet. When he started asking around, everyone who had been to Jackson Hole had such great things to say so we decided to check it out. Two of my close friends from college lived out there after we graduated and taught skiing so they were a great resource for us to get our “must do/try/see” list together.

We decided to fly right into Jackson Hole which was a great decision because the views from the plane as we got into the area were literally the most beautiful thing. If you’ve never been, the airport is basically in the midst of the mountains so even when you get off the plane you’re looking at mountains all around. Plus, they serve mini mimosas to you! 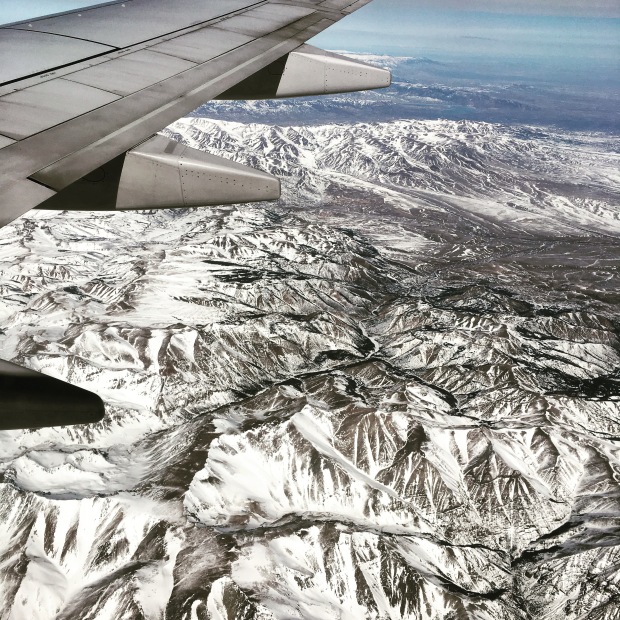 We chose to stay at the Sleeping Indian condo’s in Teton Village, but if we had known it was a 15 minute walk to get to the mountain base restaurants/bars/etc., we would have opted to stay elsewhere. The condo we rented had everything we needed, but was lacking in some of the things that would have been nice. For instance, we would’ve liked if it was a little more updated, if it had an easily accessible hot tub (rather than walking down the road to use a community one) and if it was in a more central location. While the walk wasn’t THAT far, at night when it was dark and cold and we were tired from skiing, it was the last thing we wanted to do! We ended up staying in a few nights because of it. If/when we go back, we will likely stay at the Snake River Lodge, Teton Mountain Lodge or another one of the more centralized hotels. Staying at the Four Seasons would be amazing, but that comes with a hefty price tag 😉 Staying in downtown Jackson is also an option, but that’s about a 15-20 minute drive to the mountain so if you plan on going for a ski/snowboard trip we would suggest staying in Teton Village. 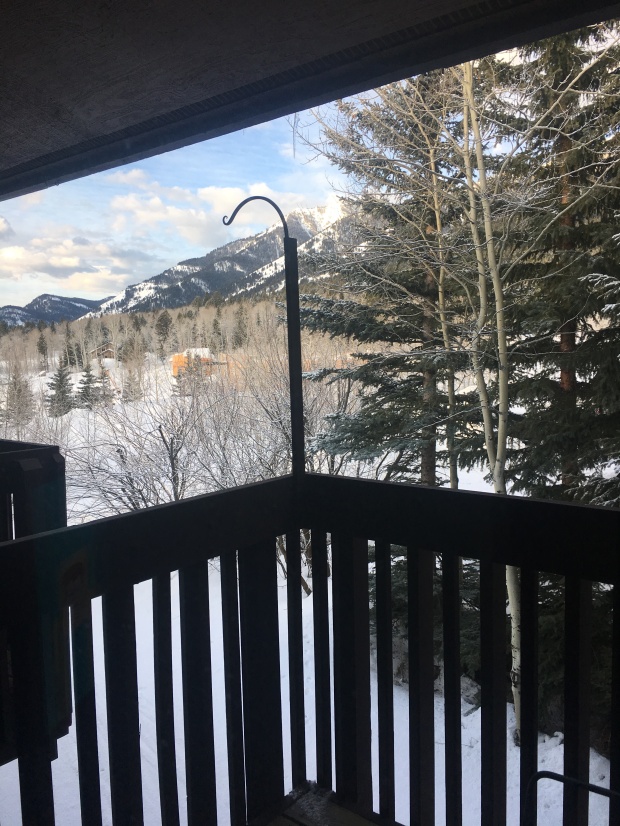 Ski! Snowboard! Snowmobile! Snowshoe! Cross-country Ski! Shop! and those are just the winter activities. Even if you aren’t a skiier/snowboarder, there are definitely plenty of things to do, but since we went with the purpose of going skiing/snowboarding, that’s primarily what we did.

Our first full day there was beautiful- low 40’s and so sunny- so we opted to not ski and head into downtown Jackson to do some touristy things. We shopped, took pics at the antler arches, had drinks and lunch at the Snake River Brewery and popped into the famous Million Dollar Cowboy Bar because it was a “must do”! RM was so glad we did because we ended up seeing Sanjay Gupta and his family there. If don’t know who this is, it means you don’t watch CNN enough 😉 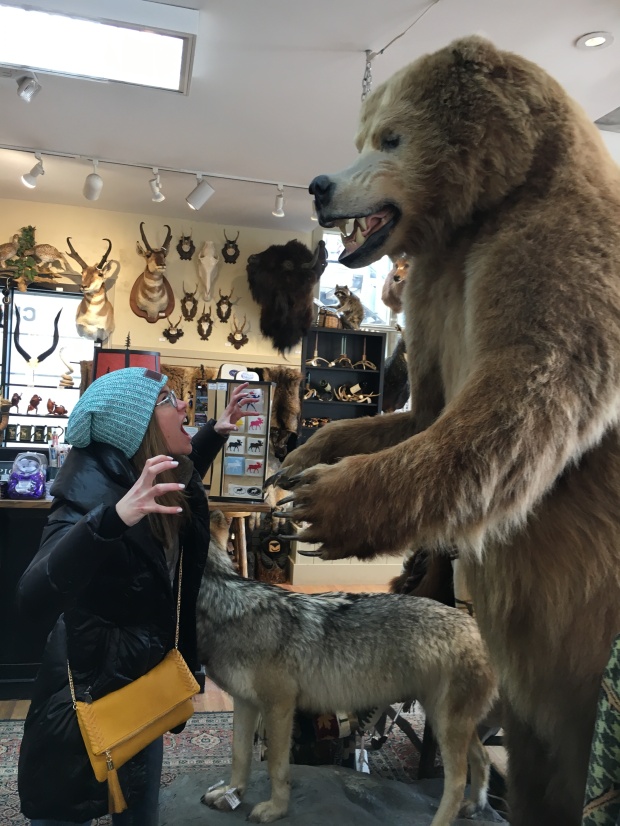 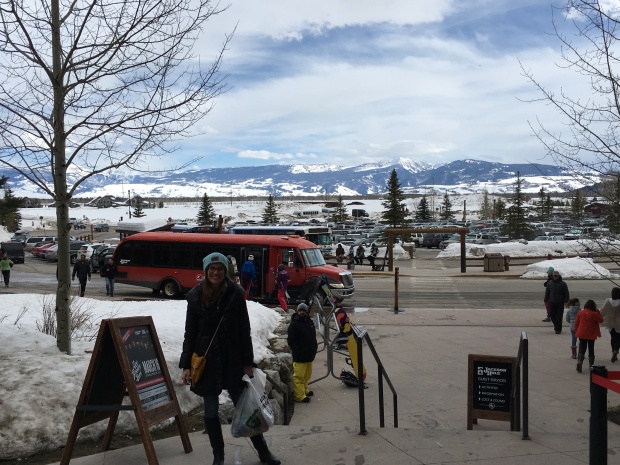 We had other things we wanted to do, but since we were skiing for 3 days we just didn’t have enough time to get it all in.

As far as skiing, we were lucky that the first day we skiied was nice because we were able to soak in the most amazing views from the chair lifts/gondolas and throughout our trail runs. It started snowing at the end of our first day on the mountain and literally didn’t stop snowing the rest of the trip, which made for great skiing! We skiied the right side of the mountain the most- Apres Vous, Casper, Teton, etc. We did venture up to Bridger a few times, but between the wind and snow, the visibility was basically non-existent so it was not that fun for me. I loved the blue and double blue trails on the other parts of the mountain, though, but I will say that it is a pretty challenging mountain in terms of steepness so the blues and double blues were no joke! I feel like when I ski here back east it’s going to be such a letdown since the mountains aren’t as tall and there aren’t as many trails to choose from.

Volume ⬆️ ⬆️⬆️ I'm writing our Jackson Hole recap and came across this gem of a video. If you want to know what it sounds like skiing with me, just listen to this- that's pretty much how I sound the entire time 🤣🤣🤣 #jacksonhole #skiing #vacation #sofunny #thisisme #ohgod #ohboy #recap #ontheblog

I could watch that and still laugh a hundred times over!

This is probably my favorite thing to recap because there were so many great restaurants/bars for food and Apres Ski. 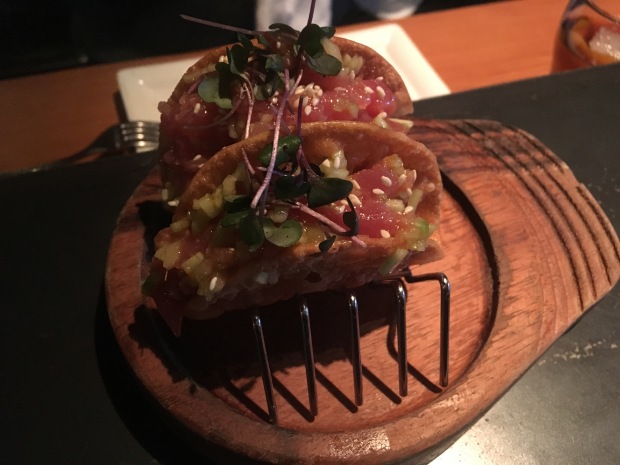 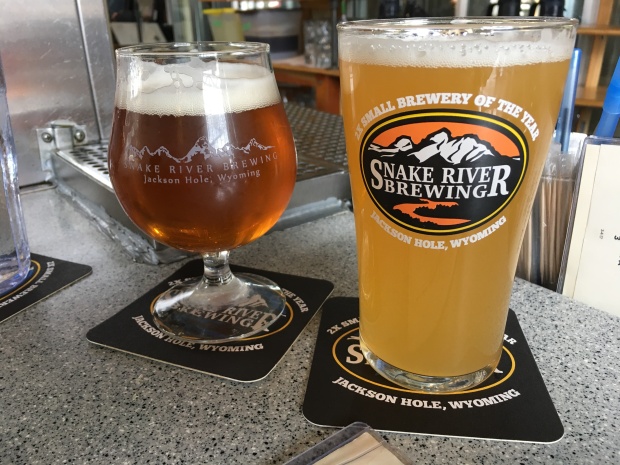 We had all intentions of making it back into town on our last night to check out the Silver Dollar Bar at The Wort hotel, but it was still snowing and we didn’t want to make the trek back to town so unfortunately we never made it back 😦

All in all, this was such an incredible trip and we would both highly suggest it to anyone who is looking for adventure in an absolutely beautiful place. I really hope we can make it back out here again! 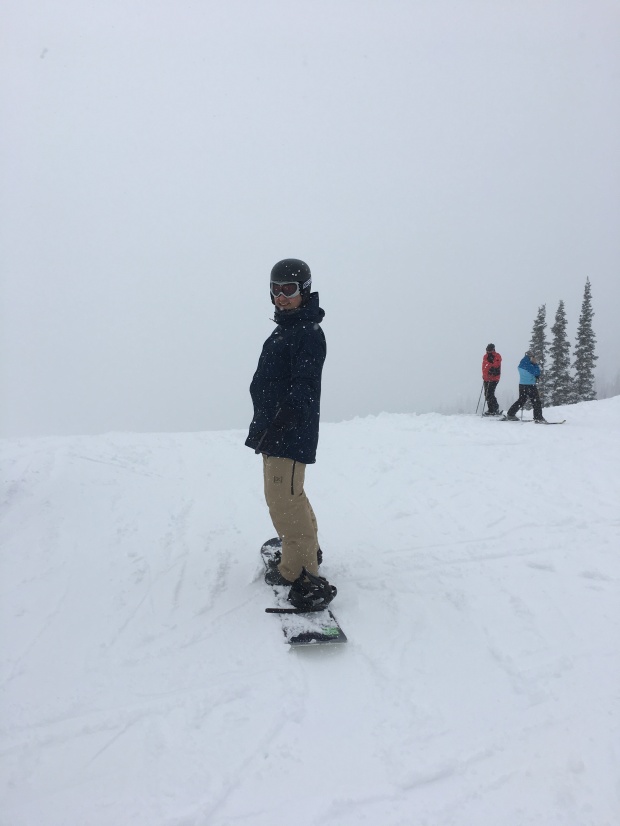 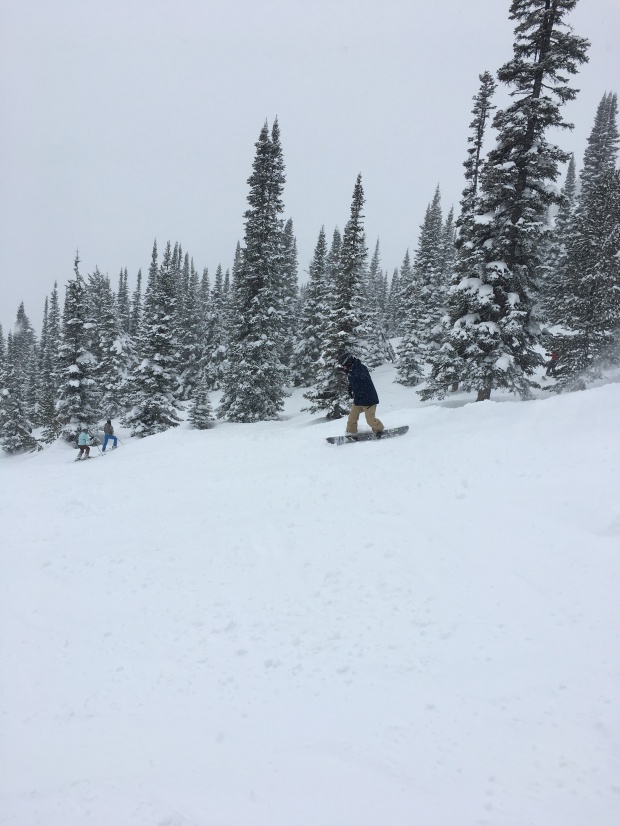