Good morning! I hope you all had a great weekend. Although we did lots of Christmas-y things, it sure didn’t feel like Christmas with 50-60* weather all weekend. I’m not complaining, though, I’m sure we will have freezing temps and snow soon enough!

Before we recap, I want to wish my sister a very happy birthday!!! I hope you have a great day! xo

I really wasn’t ready to head right home after work on Friday so I texted my friend Jessi to see if she wanted to meet up for a drink on my way home. Lucky for me, she was around and willing to meet up! We met at Assembly Row and puttered through Home Goods before grabbing seats and some vino at the Legal Seafoods bar.

I stopped at Whole Foods on the way home to get stuff for dinner: quesadillas! We had chicken we needed to eat and I was in no mood for a boring chicken and veggie meal. I feel like Fridays should be fun meals, not boring standard meals.

We used Ezekiel wraps, chicken thighs I had baked earlier in the week, freshly shredded Gruyere cheese and veggies. I plan on writing these up in a post of their own because they were that good!

It was my Saturday to teach and it was fun because there were lots of friends in class! I can tell winter is coming because each week my numbers continue to increase.

We had a rare Saturday where both RM and I were around with no real plans. He took advantage of it by starting to study for his broker exam and I started to do some decorating. Since we loved the quesadilla’s so much, I offered to make them again for lunch! 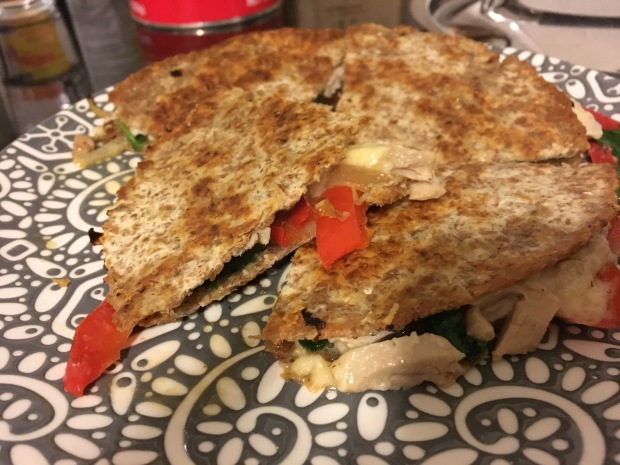 Later in the afternoon I popped over to Target to stock up on some household items… $85 later and multiple things I didn’t “need”. How does that store always do that to me?!

We decided to get our Christmas Tree later in the afternoon. RM’s family always gets their tree at Russo’s in Watertown so we went there. I was totally impressed! The tree wasn’t cheap, but it just seemed to much healthier than the ones I’ve previously gotten at Home Depot so I didn’t mind spending the money.

My sister was celebrating her birthday on Saturday night at The Brahmin so RM and I decided to head in a little early and grab some sushi at Red Lantern since it’s right next to The Brahmin. We got bubbly, spicy edamame, avocado salad, a spicy tuna roll and a salmon avocado roll and everything was fantastic! 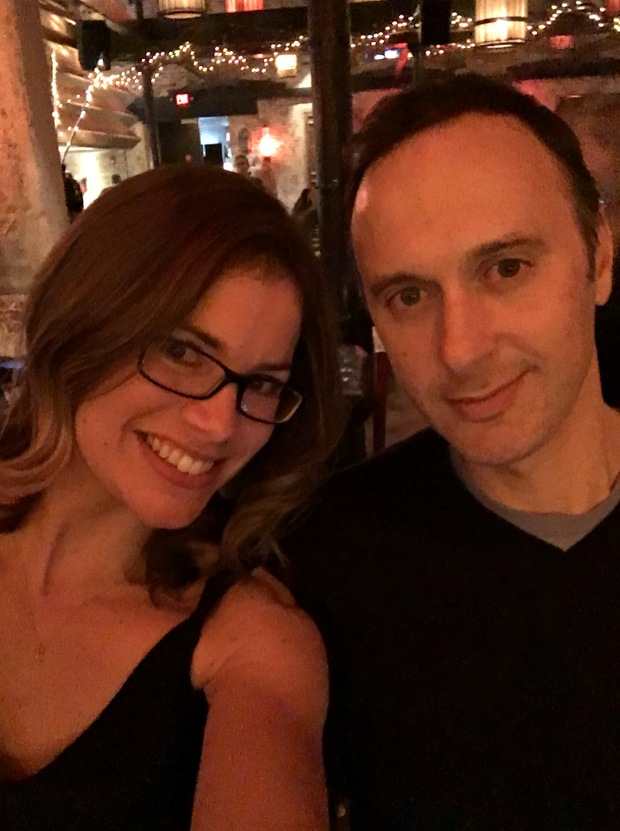 Once we got word that my sister was at The Brahmin we headed over. It was such a fun night- I definitely drank more than usual and more than I probably should have, but I don’t go out like that very often so it’s all good. We laughed, we danced and we took birthday shot shots- so much fun!

RM and I were both craving pizza when we left, but we couldn’t find an open pizza joint so we ended up at Tasty Burger. I had never been and I have to say, although the burger was good, it wasn’t as good as Shake Shack! RM refused to share with me and made me get my own… two bites in and I decided I didn’t want a burger so we ended up taking it home, haha the fries on the other hand? Those were totally hitting the spot! 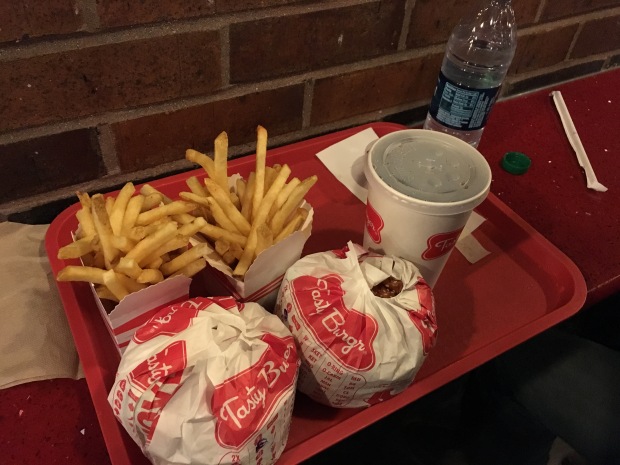 We slept in (no surprise there) and had a nice lazy morning. I whipped up some healthy pancakes and then went back to Target to get a new tree stand since the one I’ve had for a few years apparently had a big crack in it and leaked all of the water we added to it… so not fun!

The rest of the day was spent decorating, food shopping and taking a stab at making Rosa’s sauce. I had a few bites and it definitely isn’t as good as hers, but it’s still pretty good! 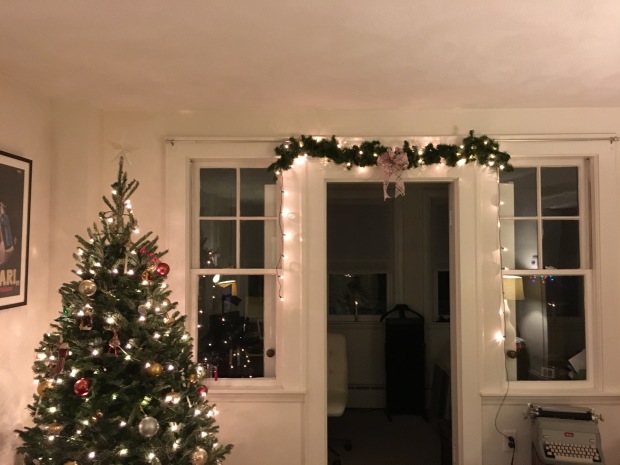 It’s been so fun decorating “our home” and getting our first Christmas tree together! We have so much fun living together that I sometimes still feel like we are playing house 🙂

For dinner, we had some paleo slow cooker wings that RM threw together- they were fantastic!

And that about wraps it up!

Questions for you: Did you do anything fun this weekend? Have you gotten your tree and/or started decorating for Christmas? What’s the best meal you had this weekend? Any fun drinks or Christmas parties?