Good morning! Another weekend, come and gone- how come they go by so quickly?! This past weekend was a real treat on the food front- too good not to share!

I had an apt in the city after work and after that I met RM for a drink and some snacks, but not before enjoying my “to go” wine from my waxer:

When I met up with RM, we ended up going to Nix’s Mate- I enjoyed a rose bubbly, he had a delicious beer and we ended up getting some oysters and shrimp since they were only $1 each!

To help with my Box FIIT certification, I’m trying to get to more Box FIIT classes so I hit one up on Saturday morning. It wasn’t as hard as George’s, but it was still a great workout and I seriously cannot wait until I can start teaching my own classes!! 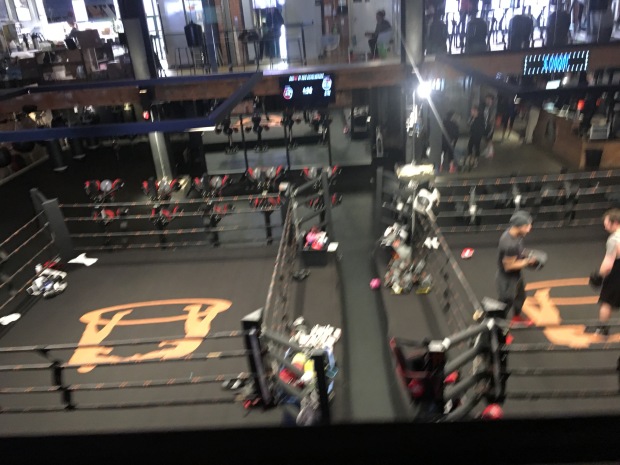 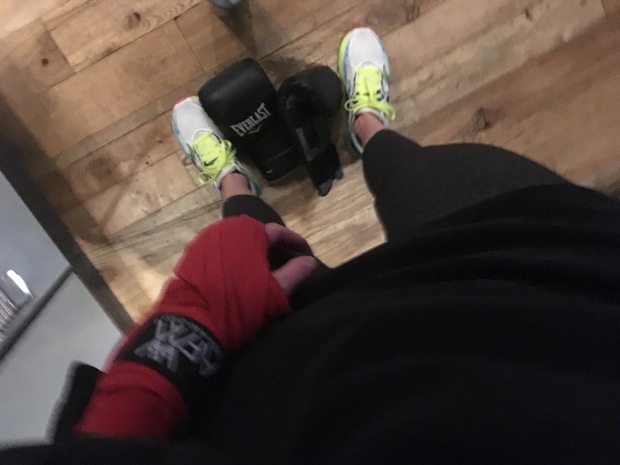 I hadn’t seen my sister in almost 3 weeks so after class I met up with her and our other friend Amy for manicures in Southie. Amy and I ended up getting the same color and I love it!! 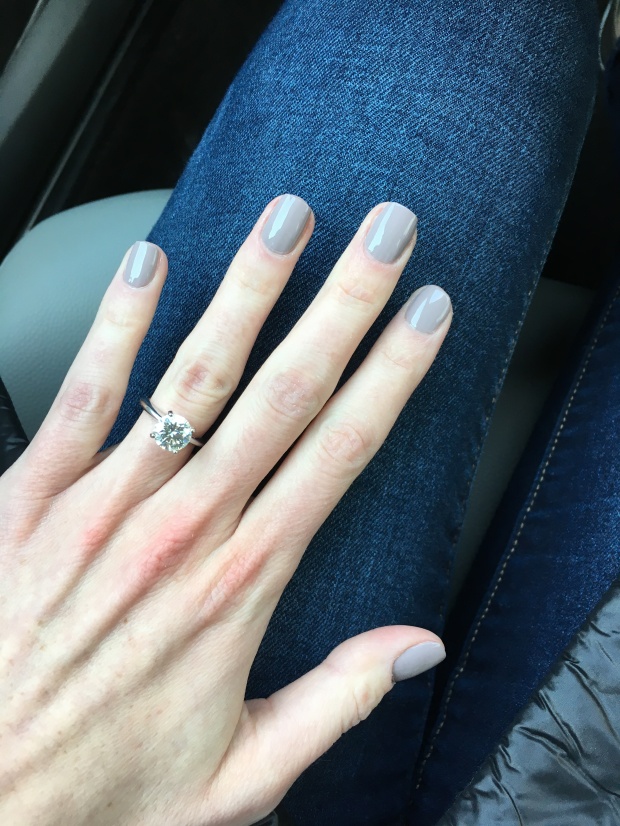 The rest of the Saturday was spent at our friends Jessi and Chuck’s apartment doing all sorts of cooking. RM and I went to the north end and picked up the sausage and then headed over to their place to get cooking. 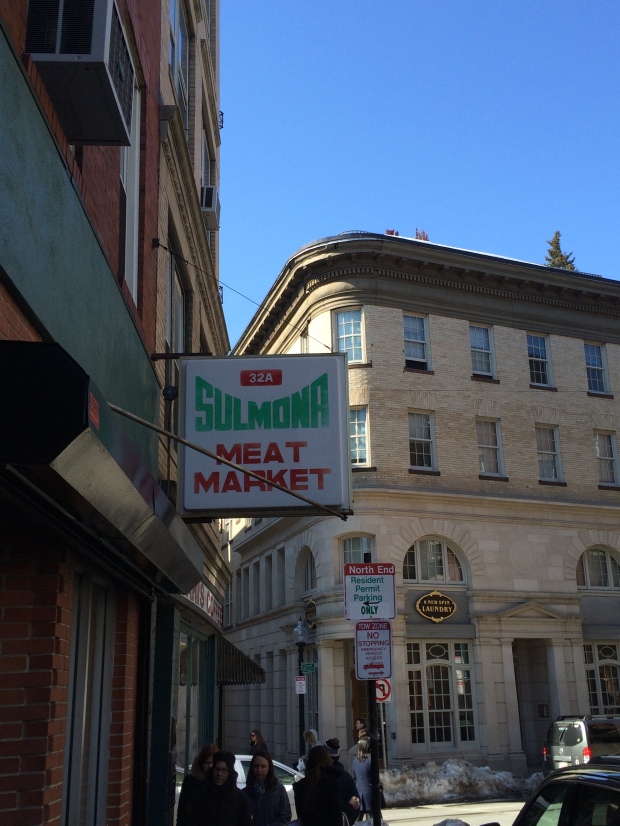 We opted for 8 pounds of meat which ended up yielding about 35 decent sized sausages. RM also had the butcher grind it and season it (2 ounces of salt per 10 pounds of meat) to help save time. We decided to do 2 different kinds: regular and garlic/parsley/parmesan and I don’t know which one I liked more! The whole event was so smooth and seamless- we were all pleasantly surprised by how easy it was! In just a few hours we had loads of sausages to enjoy. 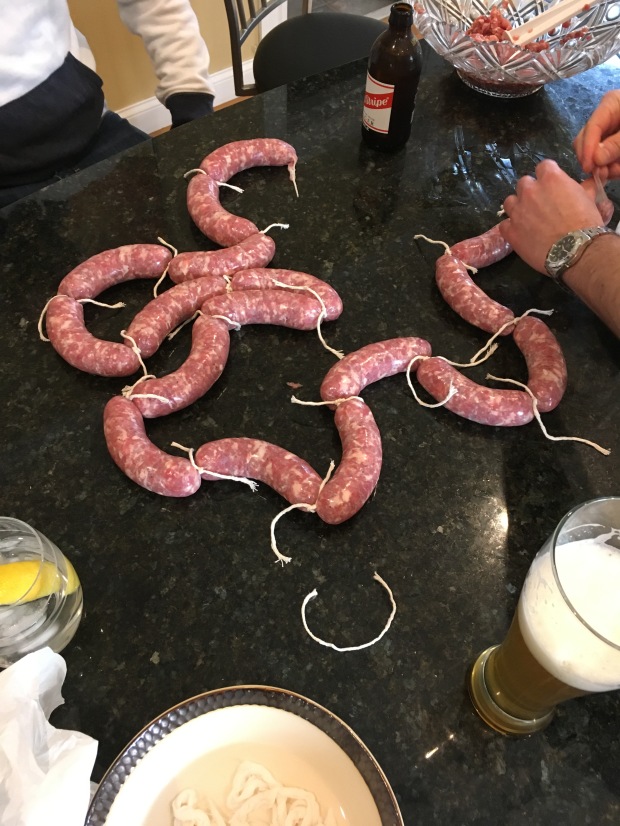 And, if that wasn’t enough, Jessi and Chuck broke out their recipe for homemade pasta and sauce- umm hello deliciousness! Making pasta with the Kitchen Aid attachment was SO easy- RM was ready to go out and buy the adapter yesterday! 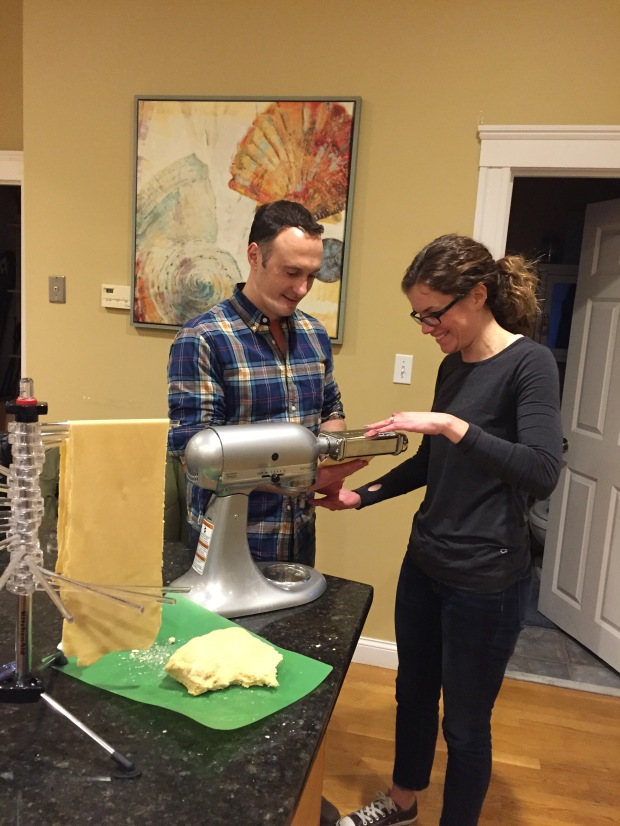 We also played games and drank lots of vino while we waited for everything to cook. It was seriously one of the best Saturday afternoons we’ve had in a while… even though we were so exhausted by the end that we went to bed at 9:45 haha

Sunday started out with being up nice and early thanks to our early bed time so we ended up going back to the Deluxe Town Diner in Watertown for breakfast. Our breakfast looked very similar to how it did the last time we went there, only difference was that RM got an omelet this time.

I love being up and out early- getting to Whole Foods at 9:15am on a Sunday was such a nice treat! Besides Whole Foods, I went to Target, cleaned the house and then RM and I went to LensCrafters to get new glasses. Since I still love my current glasses, I opted to go for an entirely different style so I can rotate between the two. I’ll show you a picture once we go pick them up. Later that day we went to visit his mom since she just got home from vacation. We had pizza and salad and it was perfect!

And that about does it! How was your weekend? Did you do anything fun or different? Did you get in any good workouts? Do you like boxing workouts? What’s your favorite breakfast item to order? Have you ever made sausage or pasta? What do you have going on this week?