And just like that- the weekend is over in the blink of an eye! Don’t get me wrong- we certainly made the most of the weekend, but it doesn’t mean it makes it any easier when it’s over.

After work on Friday I did some shopping for shoes to wear to various wedding-related events. I ended up finding a few pairs at Off Saks, including these fun pink heels. What do you think?

They’ve got a snake skin-ish type of material, too. Once we both got home, we headed over to Chestnut Hill to check out Frank Pepe’s Pizzeria. While there was a long line, we ended up getting seated in just about 35 minutes which wasn’t bad. We opted for their famous clam pizza and a traditional cheese pizza. Both of us were “meh” about the clam pizza but totally loved the cheese pizza. It was light and thin so you could eat multiple slices without feeling too weighed down. Definitely worth a trip if you’ve been thinking about checking it out. 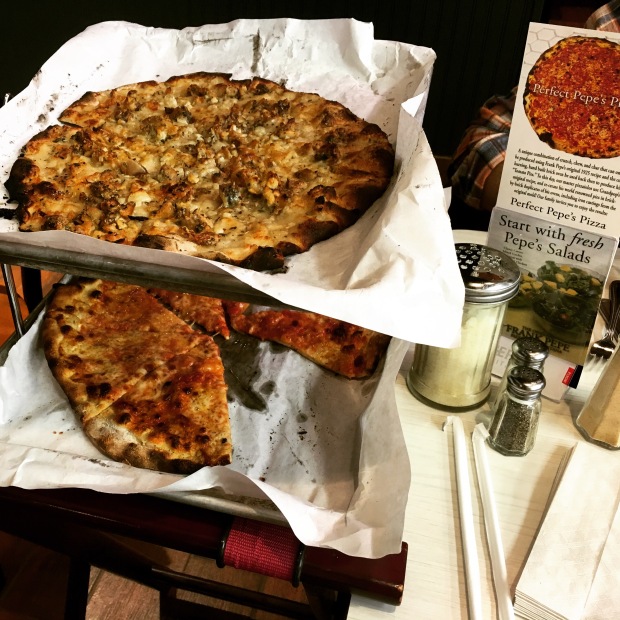 Conveniently next door was a little Gelateria, so obviously we had to stop and get one. I opted for the baby sized Biscoff and Hazelnut and both were amazingly good. I haven’t had gelato that good since Italy!

Saturday morning started with an awesome Bags & Body class at The Club, followed by mitt practice with Nicole. I have never done that so it was really humbling, but it felt good to be out of my comfort zone and learning something new. The best part? Nicole sent me home with some awesome fighters swag so I can be outfitted for my first class (more details soon!). 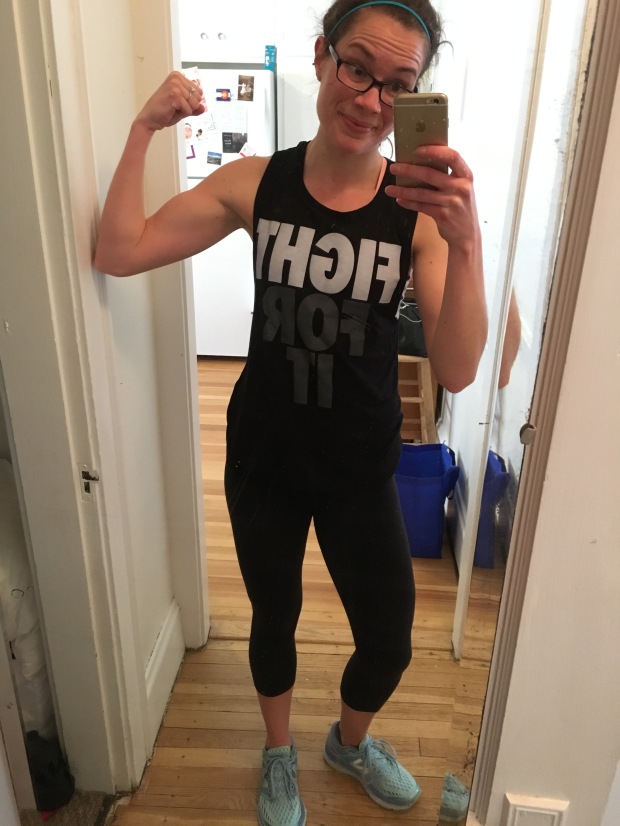 After class I met up with a few friends to celebrate Jessi’s engagement. We went to Worden Hall in Southie which was another place on my “want to try” list. We got a bottle of bubbly and I got spinach and goat cheese omelet which was really tasty. 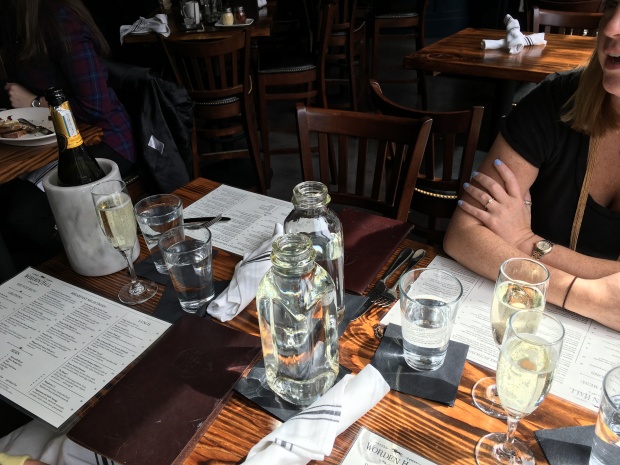 I love girls luncheon dates! Jess had to leave after lunch but my sister stopped in so she, Jessi and I had another drink at Stephi’s in Southie before heading home. On my way home I offered to pick up food at Whole Foods for dinner so I opted to get food shopping for the week out of the way, too. The rest of the night was spent hanging out, making wings, eating left over pizza and watching House of Cards.

After breakfast, I went to church and then came home and worked on my taxes. While spending 2 hours on that sucked, I’m getting a good chunk of money back which will come in very handy for the wedding! Once I was done, we went for a quick walk and then I finished off with a quickie 5K since it was so gorgeous out. I needed Vitamin D in a bad way!

We finished off the day with the most delicious eggplant parm and chicken cutlets at RM’s mother’s house. I opted to not do any real meal prep this week since it’s my birthday week which was a nice change.

Although my Sunday was not nearly as productive as I wanted to, it was perfect. I had wanted to get to the gym to film a few BoxFIIT videos and work on that certification, but I decided that I wanted to go for a walk and a run MORE, so that took precedent over that. Sometimes you just have to pick and choose what’s important to you on a particular day… and sometimes that’s not in line with what you “should” do or what’s on your to-do list…. and that is totally fine.

With that, here’s to a good week! It’ll be a busy one for me due to birthday celebrations, but it’s all fun things so I can’t wait!

Questions for you: How was your weekend? Have you ever been to Pepe’s Pizza? Did you get in any good workouts? Did you go out to eat at all? Did you get out to enjoy the sunshine throughout the weekend? What’s going on this week?