This post has been a long time coming! Last year, I got RM a gift card to make beer at Hopsters Brewery in Newton Corner… conveniently located a short 5 minute walk from our apartment. However, for any number of reasons, we didn’t end up making it there until RM’s birthday back in December. When we realized we still hadn’t gone AND his birthday was on a Friday night, we figured it would be a great way to celebrate his day.

We loved Hopsters for many reasons before our visits (beers are great, food is delicious, vibe is on point), but after we worked with their team to make beer and saw how much they knew and how passionate they were about beer, we loved them even more! It was pretty cool watching them in their element.

Since this was RM’s gift and because he is the beer lover out of the two of us, I let him make all of the decisions in terms of what type of beer we were going to make. Recently, he’s really been into IPA’s, so he chose to base the beer off of their Double IPA recipe. What is really neat about the process is that they use their recipes just as that- a base- and then as you start the actual process they offer different options/suggestions for how to change it up a bit. For us, we opted to change it up in terms of the types of “hops” we used.

I had no idea there were so many to choose from! Between that and the wheat and barley, it was such an interesting project and learning experience. On top of learning about hops and beer ingredients, we learned about the process when it came to actually brewing the beer.

It starts out in a big barrel type thing where the water and hops and other ingredients get heated to a certain temperature. While this happens, we had the chance to have a beer (not the one we were making, haha) and some food. I think it was about an hour or so. Once this was up, we watched as they moved the beer from the barrel into keg type setup that they keep in their lower area. From there, the beer takes a few weeks to go through the fermentation process. Once it’s reached that point, you go back and start the bottling process. 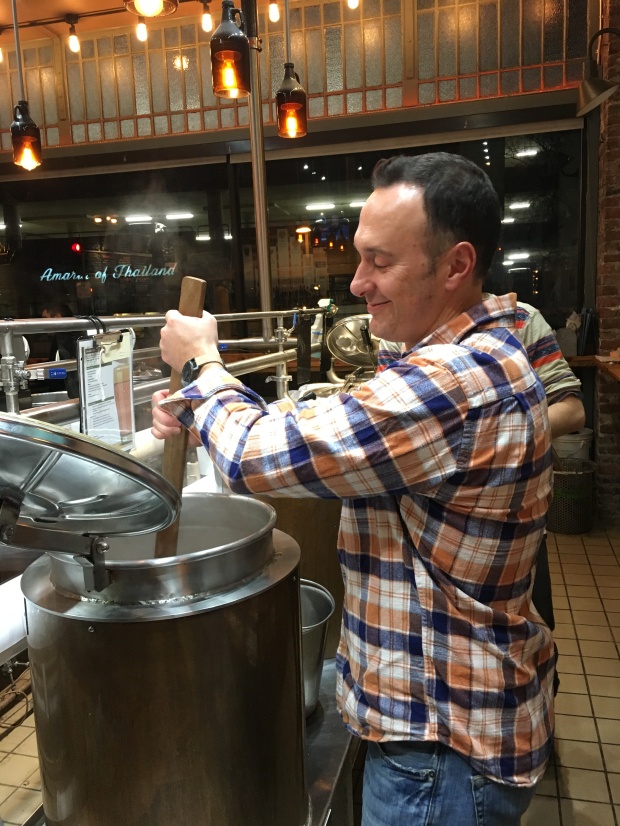 The first session takes about 2 hours when you include the wait times throughout various parts of the process. The bottling takes about an hour and a half as you have at least 72 bottles to fill and cap! For some reason, our brew created nearly 90 bottles but we had to give them to Brody (or Brady? I can’t remember his name, but he was the one who helped us with our brewing- he was amazing!!) since we were only allowed to take 72 home by law. 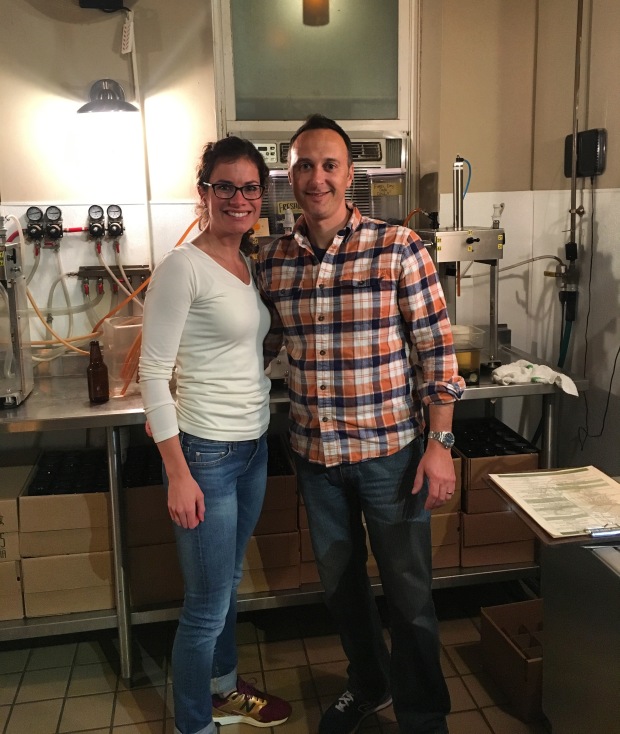 (And yes, while it make look like we bottled on the same day due to RM wearing the same shirt, it was done about 3 weeks later… he just clearly loves this shirt 😉 )

Once we finished bottling, we were able to put our labels on and take them home. After your first visit, they give you the link to where you can upload your label design to their template so they can print it for you. The brewing, bottling, labels and gratuity are all included in the cost, which is nice. It was about $230 for us to make an IPA (just as an FYI).

And as for the name, RM’s father had nicknames for his 3 kids and Bebe was RM’s nickname. He also lived in the apartment we currently live in when he was a kid (during the Bebe nickname time period), so he decided to go with Bebe’s Boyd Street IPA. The close runner up was the Irritable Italian IPA (gotta love a good alliteration), which I think should be the name the next time we do it 😉 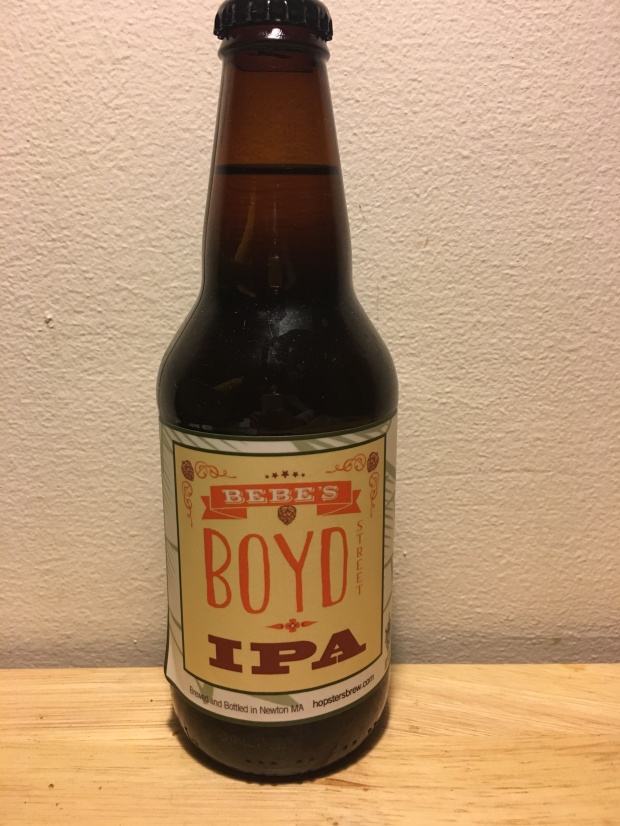 Overall, this was such a fun experience and we learned so much! We would both recommend this to anyone who enjoys beer or is looking for a good gift idea! Big thanks to Hopsters for making it such a fun activity- and for helping us brew and absolutely delicious beer!

Questions for you: have you ever made beer before? Or wine? What’s the last activity date youv’e done?