TGIF! While I am spending the day at the Boston MANIA event (literally, ALL day), I wanted to share my second day of Chicago adventures with you. If you missed the start of my trip or Part 1, check them out here:

I woke up on Saturday feeling like, well, I had partied the night before. Luckily, after a bagel-filled breakfast and a Vitamin Water, I felt pretty good. Danielle and I met up with JP and walked around the “Loop” part of the city.

This was the bridge we walked over to get from our hotel (on the left) to the part of the city where JP lived.

Chicago has about a million parks (I forget the real number, but I think it was in the 500’s), and this one was especially cool since it had an amphitheater where they have bands and orchestra’s play during the summer. They also play movies.

One of the things I was most excited to see in Chicago was the Bean! Clearly, I wasn’t the only one; it was so crowded!

It was built so that you could see the city skyline from any view as everything always reflects off of the bean. 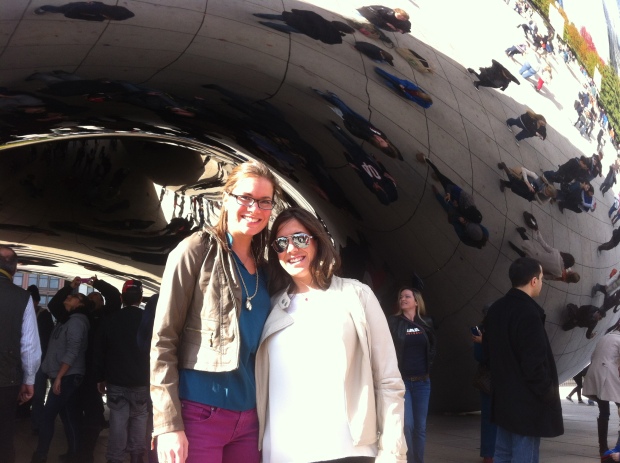 After I got my Bean fill in, we walked to Navy Pier… which was quite the hike! We lucked out and had great weather considering the fact we were in Chicago in November.

After walking around a bit, we got lunch at Riva Restaurant on Navy Pier, which was delicious! 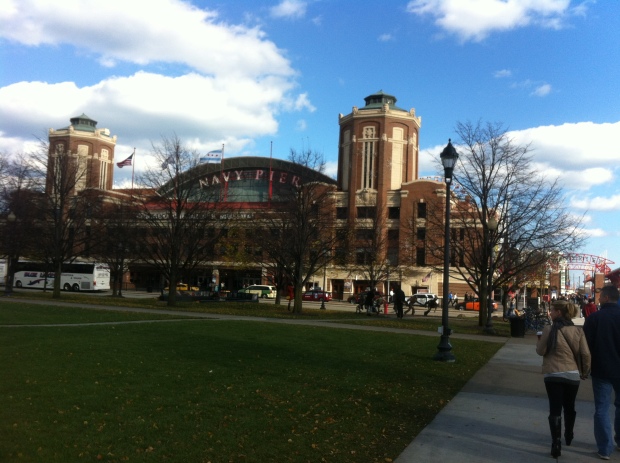 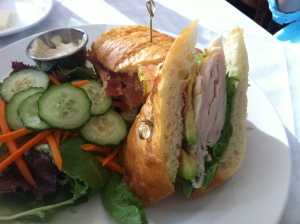 After lunch, we took a Skyline boat tour. They were offering a deal where you could save $12 if you bought the Skyline tour and the Architecture tour, so we did that! 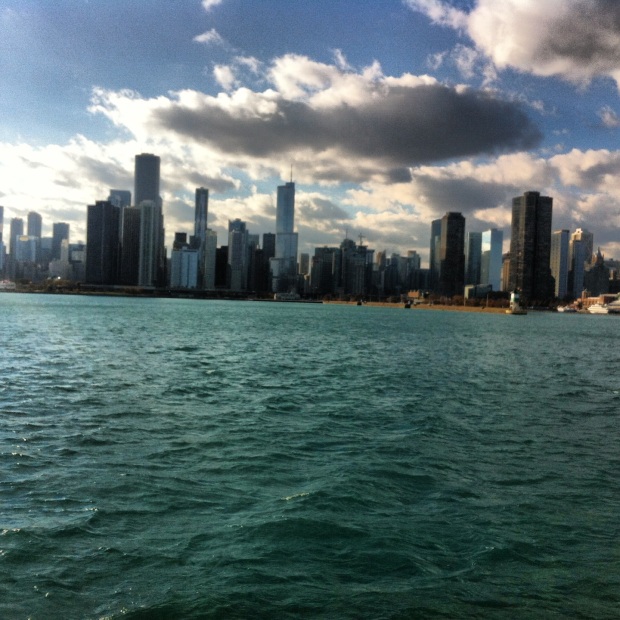 Did you know that Chicago is called the “Second City” since it completely burned down in the late 1800’s and therefore had to be entirely rebuilt? So many of the buildings we saw were built in the late 1900’s, which I think is absolutely amazing. They were also able to hire some of the best architects in the world, which is why the skyline is so interesting to look at.

From the tour, we headed to the outskirts of the city and went to the Revolution Brewing Company with the plans of doing a brewery tour. Unfortunately, the tours were booked for the next 2 hours, but we were able to hang out and have beers in the awesome bar that they have in the brewery. And when I say “we”, I mean Danielle and JP had beers. My stomach felt awful at that point so I just drank water. Womp.

Dinner was at Tavern At The Park and luckily, after a nap, I was feeling better at that point. We got wine and I had French Onion Soup and a pizza topped with meatballs and caramelized balsamic onions… omg. SO good. I was in foodie heaven! 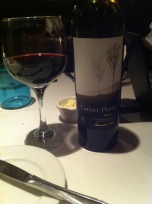 After dinner, we met up with some of JP’s friends and went to a few bars. We started at Declan’s Irish Pub and ended at filini. I wasn’t really in the drinking mood, but it was fun to see the nightlife in Chicago! It was also fun to see Danielle dance… always a good time 😉

And there you have it: Day 2 in Chicago! We had a super busy day, but since we were not in Chicago for very long, we wanted to maximize our time there. I think we succeeded in that! Check back soon for my final recap:)

Questions for you: If you’ve been to Chicago, did you do any of the things we did? How do you handle hangovers?