Hi there! Happy Friday:) This week flew by for me… anyone else?? Before I get to my bucket list recap, I wanted to share the winner of the #BosFIT ticket. I used random.org to randomly select a winner based off of the comments. Congratulations to Julie!! You get a free ticket to the event. Julie said:

Hey Monique! I’ve been hearing great things around town about this event! Sounds like a fun time and a chance to see what other gyms are like in the Boston area (besides good ol’ BSC)!

Please email me at burpeestobubbly <at>  gmail <.>  com so I can give you the free code. And remember, if you didn’t win, you can still buy a ticket for a crazy good price of $27 here. I can’t wait for the event!

Remember how I made a Summer of 2014 “Bucket List”? It seems like it was literally just yesterday that I was making it… the fact that it was about 3 months ago is actually kind of upsetting. Where the heck did the summer go?!

I knew I was likely a little overzealous with the list as I knew I had a jam-packed summer filled with trips, bachelorette parties, birthdays and all that other random stuff you-know-you-have-to-do-but-can’t- remember-what-they-are, but what can I say? I get excited when I think of all the fun things a new season brings. Luckily enough, there’s still plenty of time to continue crossing things off the list before the colder weather creeps in on us. 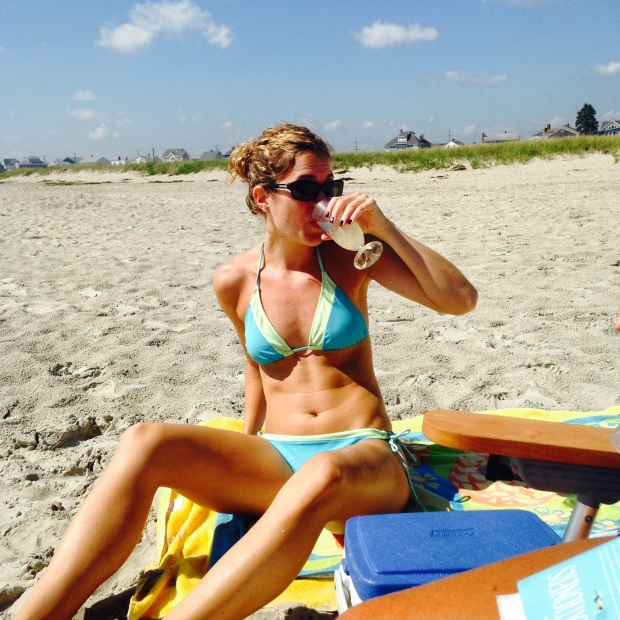 2. Have a picnic- RM and I had a picnic at Piers Park one Friday night and it was awesome! It was so fun to get fancy treats to splurge on and bring a blanket and just hang out. We also had a wine picnic with some friends in Chicago!

3. Go for evening walks- I did this a lot throughout the summer! RM and I went on them about once a week (sometimes not so often) and my sister and I went on a few as well. It’s such a nice way to unwind from the day and catch up with each other.

4. Take a sailing lesson or go on a chartered sailing tour from Piers Park- Did not do this- too lofty of an idea with a summer as busy as mine ended up being!

5. Have outside drinks at KO Pies- Haven’t done this yet, but RM and I are planning to go for our 1 year anniversary next weekend. We did have outdoor drinks at the Intercontinental a lot, so that counts for outdoor drinks. 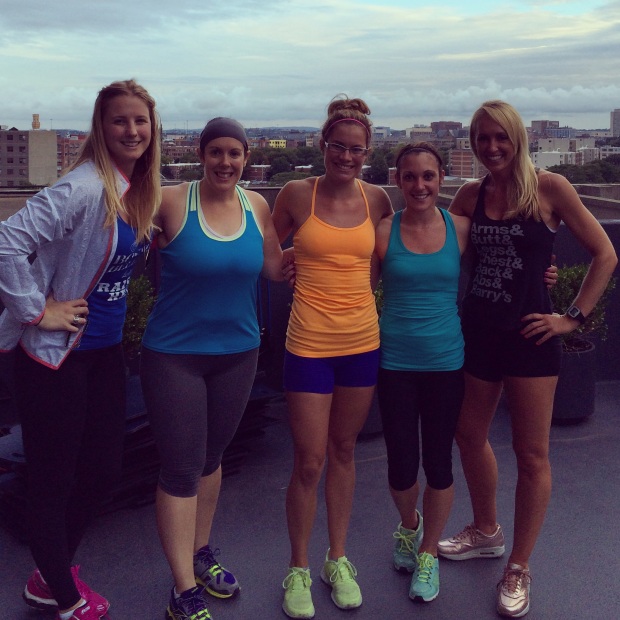 7. Play mini golf- Didn’t do this, but I did go to the driving range 3 times… that counts for something, right?

8. Go to an outdoor yoga class (they have them at Piers Park)- Didn’t do this, but did do some yoga over this summer, it just wasn’t outside.

9. Watch fireworks- Does watching them on TV count? 😉 I did see a few in the distance one night as well.

10. Go to a parade- No parades for me this summer… which I should’ve known since I wasn’t going to Maine for the 4th of July.

11. Visit the SOWA open market for lunch at a lunch truck and to buy locally made/grown food from the vendors- Ugh. I totally forgot this was on my bucket list! Not that I was really around on a Sunday morning with nothing to do, but still. Anyone know when they end? I’d love to get there before the end of the season.

12. See a shooting star- I saw lots of stars in Maine while I was there- may have even been a few shooting ones in there!

15. Walk around the North End/Quincy Market- Did this a few times. RM and I went shopping after work once, we got massages at Exhale and puttered around and I got my hair done and walked around.

16. Skip a workout in favor of living spontaneously and grabbing drinks or going to dinner or something like that- I did this on August 5th, according to my notes (so Type A), but I can’t for the life of me remember what I did instead of workout. I did skip a workout after coming home from Chicago, but I grocery shopped and made dinner instead- not nearly as fun!

17. Play a round of golf- Nope. My skills and patience levels aren’t quite there.

18. Go kayaking on the Charles River- No- Didn’t have the time for this.

19. Bring RM to Maine and do a tour of Kennebunkport, Wells and Ogunquit (making sure to stop in a Barnacle Billy’s for Rum Punches!)- Yes! RM and I spent the afternoon at Barnacle Billy’s and it was perfect. 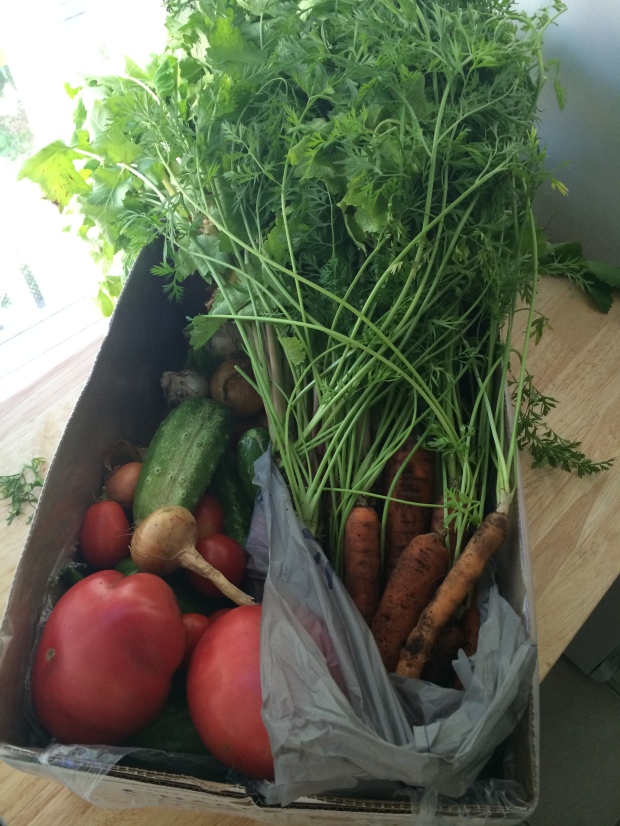 21. Get a grill and have BBQ’s- I did not get a grill… I wanted to, but never seemed to be around to even have time to grill. RM should’ve gotten one! I did go to a lot of BBQs, though.

22. Put away at least $10/week for “fun” savings- I was bad and didn’t do this, although I’ve started saving all of my gym money in a separate place from my other money. I’ve already put away more than the $10/week so that counts.

23. Go on a hike- Didn’t do this- we walked the Marginal Way, but that’s definitely not a hike. 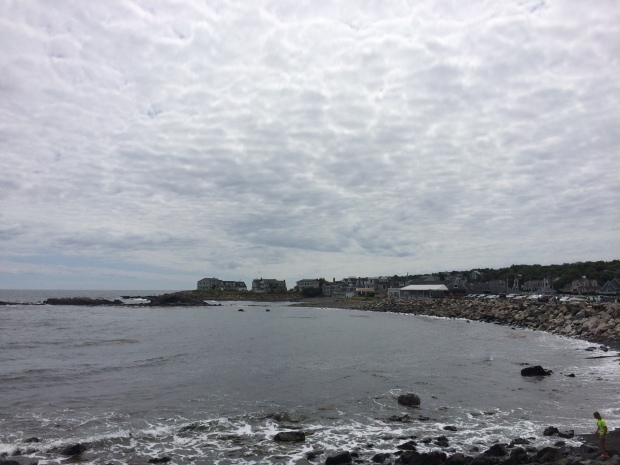 24. Spend less time on social media and more time being present in whatever I’m doing- I was much better with this! While I was still on social media, I tried to stop being on it past 9pm.

25. Spend lots of time with friends, family and RM… hopefully crossing off things in #’s 1-24 😉 You tell me- I think I did alright!

Although I definitely didn’t get to everything, considering the fact I had so many other things going on, I think I did pretty darn well. It was fun, too, because everything we did stuff RM would be like “we’re crossing things off left and right!” haha. Next summer I am really hoping to slow down a bit, and have some weekends where I’m around or on the Cape more or in Maine more, as that’s where I want to be in the summer!

Questions for you: Did you have a bucket list this summer? Were you able to do a lot of things you had wanted to do? What was something you didn’t get a chance to do?