Good morning! Is it just me or was it easier to get up this morning because of the recent time change? Yesterday morning, we woke up in the 6am hour thinking it was time to get up… so much for taking advantage of the “extra hour” 😉

We had a great weekend filled with lots of good people, good food and good drinks! Let’s recap:

My team was lucky enough to have another free lunch at sweetgreen’s new Lynnfield location thanks to Rachel. They did a soft start open where they provided free lunches to help the staff practice and I have to say- they did wonderful! They were calm, friendly and efficient. Love having a healthier lunch option near my office!

After work on Friday, I grabbed a beer with a coworker before heading home. Did anyone else notice how light the traffic was on Friday? I got home in record time- it was awesome. After grocery shopping, we ate take-out sushi and I spent a while in the kitchen prepping food for book club. I made this dish from Hummusapian and although it doesn’t necessarily look appetizing, everyone raved about how tasty it was. I totally adapted it so I may post it for you soon 🙂

We were in bed embarrassingly early on Friday night, but I wasn’t mad about that one bit 🙂

I got in my most festive workout attire and headed to the Y for my cardio kickboxing class. There was a great crowd and we worked so hard. I “accidentally” made every combo super high cardio, so we were huffing and puffing big time. #sorryimnotsorry

A few friends later came over for book club… 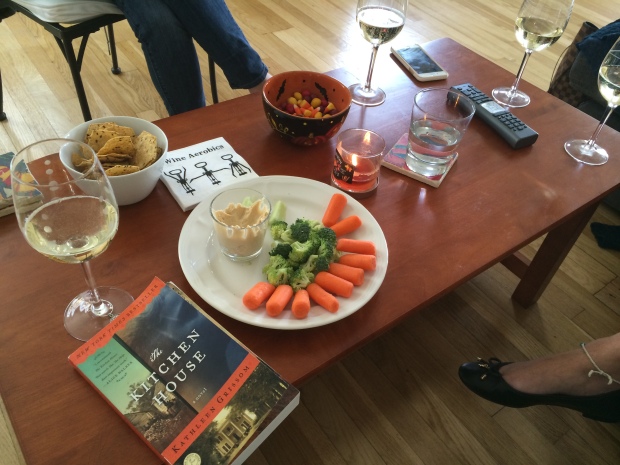 It was such a fun Saturday afternoon eating good food, drinking plenty of bubbly and doing lots of chatting. Can’t wait for the next one. We are reading Close Your Eyes, Hold Hands- have you heard of it?

Saturday night we headed out to go see the little kiddos do some trick or treating and then went to a party at RM’s cousin’s house after, where we gorged on lots of amazing food. His cousin made a bunch of different calzones and his sister/mother made homemade pizza- all with homemade dough, which totally makes a difference! His SIL made some fantastic chili and we literally ate our way through the night.

Such a fun night!

We stayed in bed until a little before 8 and then RM made us a nice, healthy breakfast while I started cleaning. He had meat patties (he just gets organic, grass fed beef and spreads it out into a casserole dish and bakes it- almost like sausage patties) and zucchini egg fritters for him self, topped with sauerkraut and with a side of spinach and I opted for a meat patty, spinach and an over-easy egg. Such a great meal to kick off the day. 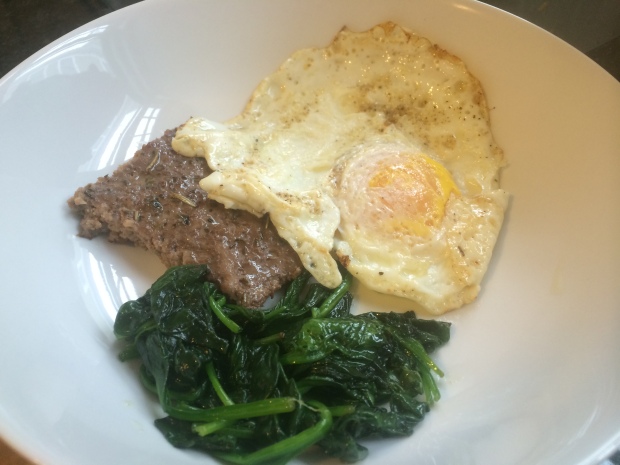 After I finished cleaning we went for a quick walk to the store and then hit up Home Depot to get a new rug. What do you think? It’s so soft and fluffy and brings in the colors from the china cabinet and couch. We love it!

RM’s sister and her boyfriend swung by later in the afternoon to bring us a beautiful bouquet and very nice bottle of wine for our engagement. Very sweet of them! 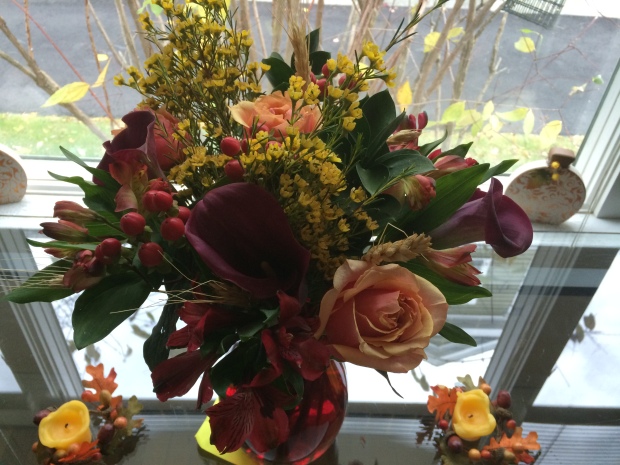 After some meal prep and snacking, we went back to RM’s mother’s house for Sunday dinner sine the whole gang was there. She made sauce, meatballs & other meat, pork with a gravy sauce, broccolini, brussels sprouts… so.much.food! We rolled ourselves out and spent the rest of the night lounging on the couch- RM watching football and me blogging and finishing the new Windows 10 update.

Questions for you: What did you do this weekend? Did you go to a Halloween party? Did you dress up? What foods did you eat? Do you make your own pizza dough? What are you looking to this week?