Part 3 of our trip was spent in Sorrento, which we got to from Ischia by another hydrofoil ride. We were so sad to leave Ischia, but were also excited to see more parts of the Amalfi Coast. I’ll be honest when I say that Sorrento was not our favorite part of the trip- not because it wasn’t beautiful, but moreso because it was a bit of a culture shock after coming from Ischia. Everything felt super touristy and way too Americanized- or catering too much to Americans. No one spoke Italian to us, even when RM would initiate the conversation in Italian. 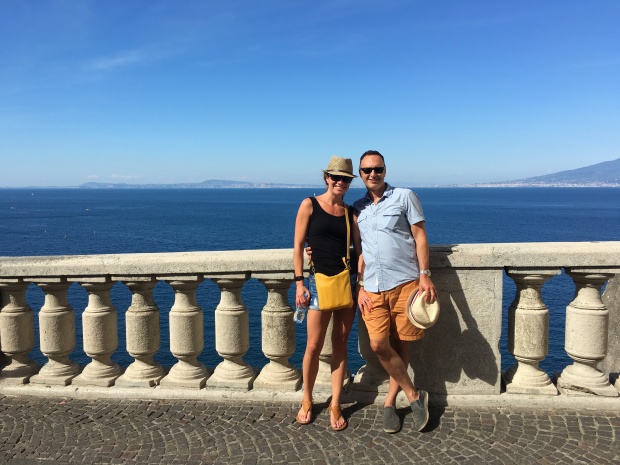 We also decided to skimp on the hotel a bit, which was a big mistake because our hotel (Hotel Eden) really left something to be desired, especially after having come from such a gorgeous, spacious hotel. Our travel agent warned us that it was only a 3 star, but we went ahead with it anyway with the plan that we would only be sleeping there. Unfortunately, RM was really sick for most of our 3 days in Sorrento so he/we spent more time in the room than anticipated and we were kicking ourselves for not getting a nicer hotel!

In hindsight, we should’ve just done a day trip to Sorrento since there isn’t really a ton to do/see there and everything you would want to see could be easily done in a day trip. That said, we really enjoyed the food there and ended up finding less touristy things to do so it turned out being all good. Plus, we were able to get to Pompeii really easily and that was incredible.

As I mentioned, we stayed at Hotel Eden. Even though it needed some serious upgrades in parts of the hotel, it was in a really perfect location- walking distance from the major Piazza’s, restaurants, cafes, etc., which was ideal. They did have a pool which was a nice addition!

Every meal we had in Sorrento was wonderful- there wasn’t a meal that we any complaints about! 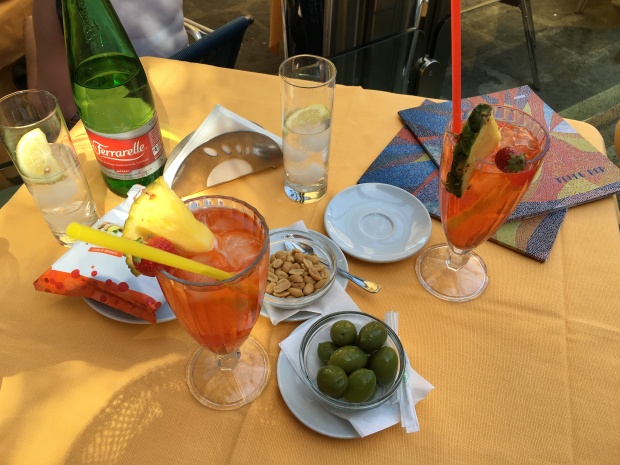 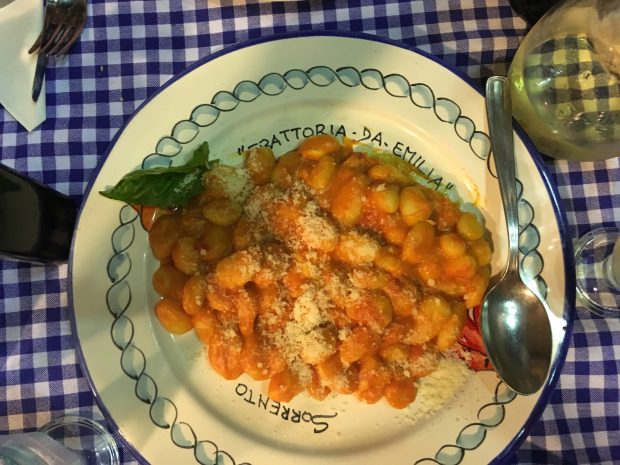 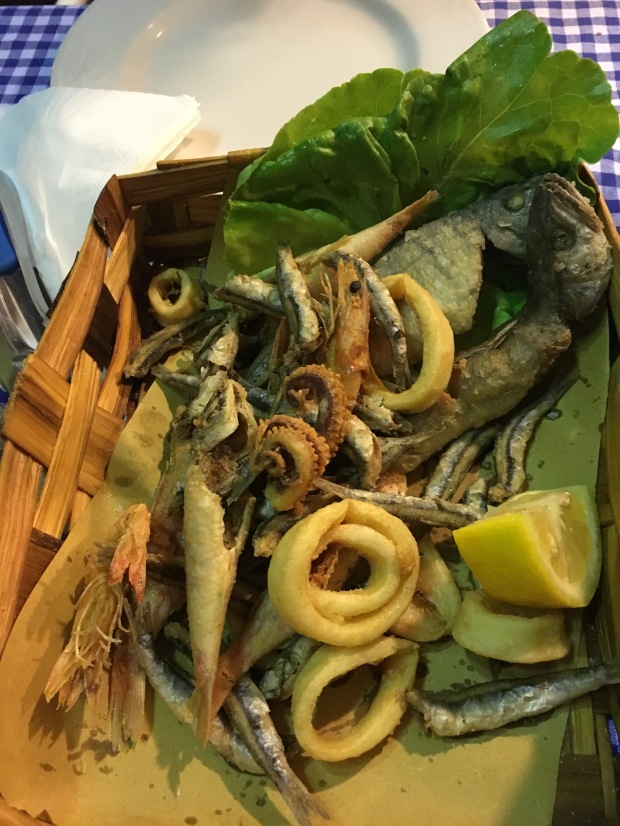 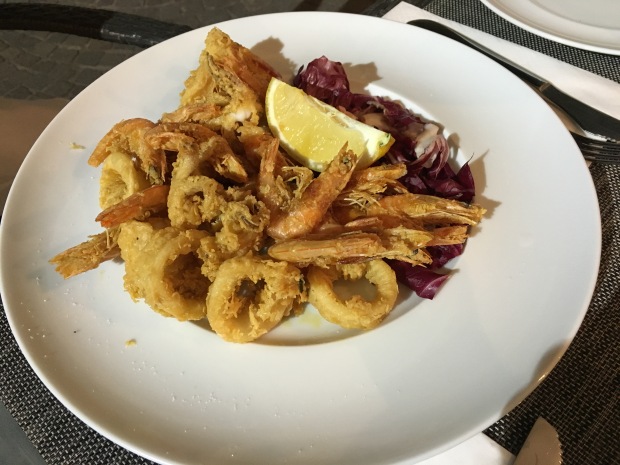 Mount Vesuvius in the background.

Did you know prostitution is the oldest profession? Even in 30 BC it was a prominent part of the lifestyle. They had a whole house dedicated to it and this was one of the rooms- the concrete beds & pillows look so comfy 😉 along the top of the walls they had the “menu” of services provided. It was an interesting thing to check out!

This is a picture of me in the “fast food” shop. It was located across the street from one of the bath houses and since the houses people lived in were so small, many chose to order food instead. This was so neat to imagine.

This was me in a house- seriously so cool!

And that does it for out Sorrento visit. By the time the end of this part of the trip was coming to a close, we were really starting to like Sorrento a lot more than our original impression, which was a nice way to leave the city. And don’t get me wrong- Sorrento really was beautiful, we just felt as though it lost some of its charm because of how touristy it has become. That, and we would suggest doing just a day or one night there rather than 3… and don’t cheap out on the hotel- ever 😉

Questions for you:Have you ever visited a city for longer than you felt necessary? Do you tend to splurge or skimp on hotels?