Hi there! I’m back for a full recap of our Vegas vacation. If you missed my “What I Wore” recap, you can find that here.

For as long as I can remember, RM has always wanted to go to Vegas together. He’s been so many times, and just absolutely loves it there. I went once years ago with my girlfriends and had fun, but also think I was a little young to really appreciate all that Vegas has to offer (besides clubs open all night 😉 ). When we finally found relatively “cheap” flights for the both of us, we booked a last minute long weekend trip out there- totally uncharacteristic of us to be so spontaneous and book this type of trip 1.5 weeks ahead of the travel dates, but it ended up working out great and we had the best time- enjoy the recap!

RM did a bunch of research on places to stay, even though his favorite place has always been the Bellagio. We ended up staying at the Wynn, because, surprisingly enough, they had the best rates of all the hotels that we were looking at. While it’s a bit off the main hot spots of the strip (unlike the Bellagio  that’s right in the midst of everything), it was not so far like Mandalay Bay so it didn’t feel totally removed. We were also a super short walk to the Pilazzo and Venetian, which are also very popular hotels for gambling and restaurants.

The Wynn was an absolutely GORGEOUS hotel. The lobby, the employees,  the flowers, the art, the shopping, the food, the pool, the rooms… everything was really top notch. Our room, in particular, really wow’d us- it was incredibly spacious and well equipped with everything we could’ve wanted or needed. Waking up and getting to just press a button to open the curtains for the view of the strip was really cool (and convenient!). 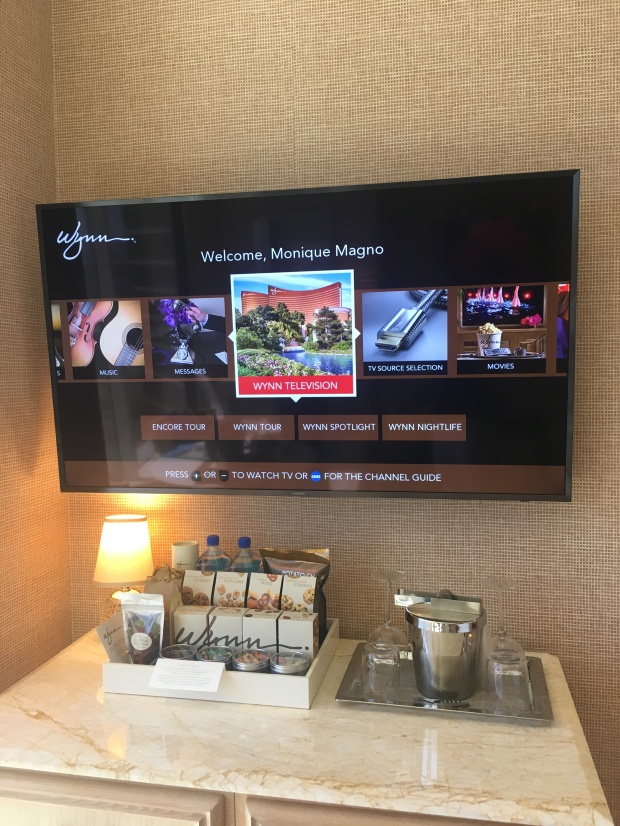 My sister also surprised me with a bottle of bubbly as a late birthday gift, which was SO thoughtful! This made for a great poolside drink 😉 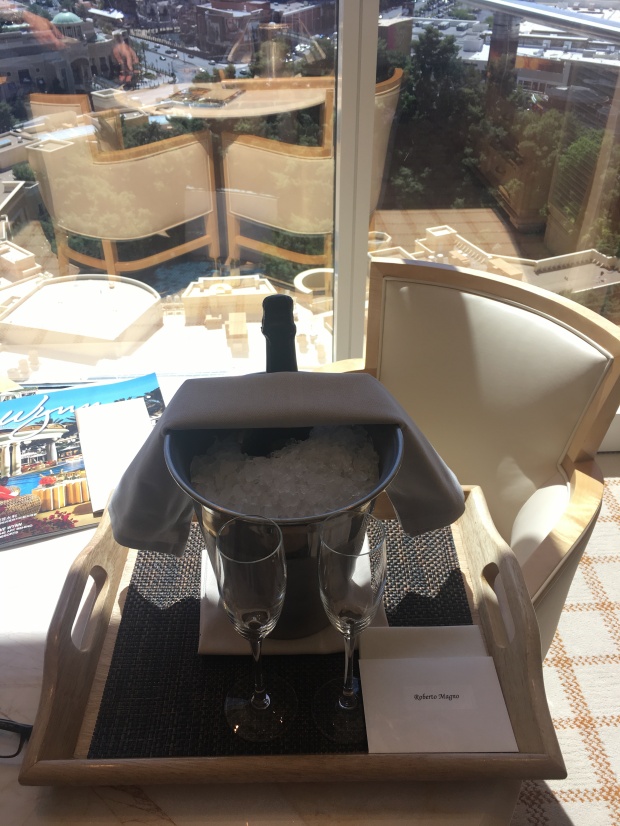 The main thing I was looking forward to on this trip (well, besides hanging with RM nonstop) was  soaking up some serious pool time. Luckily, the Wynn had multiple pools to choose from so this was easy! For the first day and a half we were at the “party” pool, which was wonderful for people watching. That pool was closed on our last day, which actually worked out well since we were looking for a quieter pool experience. 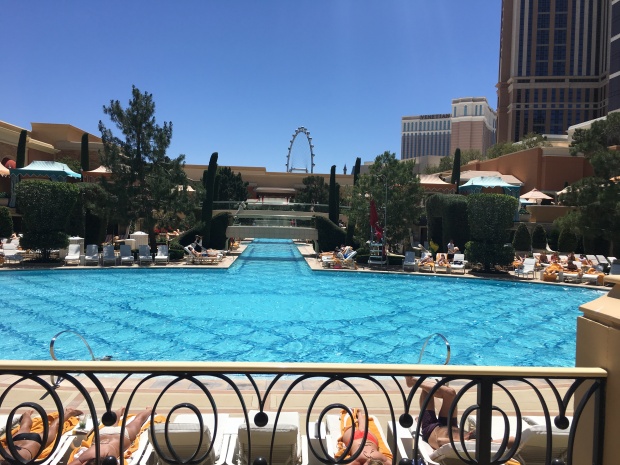 We also took advantage of the hotel’s gym, which was such a nice hotel gym- it had everything you’d want and we were both able to get in some quick sweat sesh’s before sitting by the pool. Fitness doesn’t have to be hard and it doesn’t have to be super time consuming, remember? 20 minutes and we were in and out!

Food is always a big part of our travel. Before trips, we like to think about what types of food we want to eat when we are away: Italian, Steak, Sushi, Mexican, American, etc. Generally when it comes to food, we have a nice breakfast to start the day, we snack on something light for lunch and then go out to a nice dinner. Here were our choices during our trip: 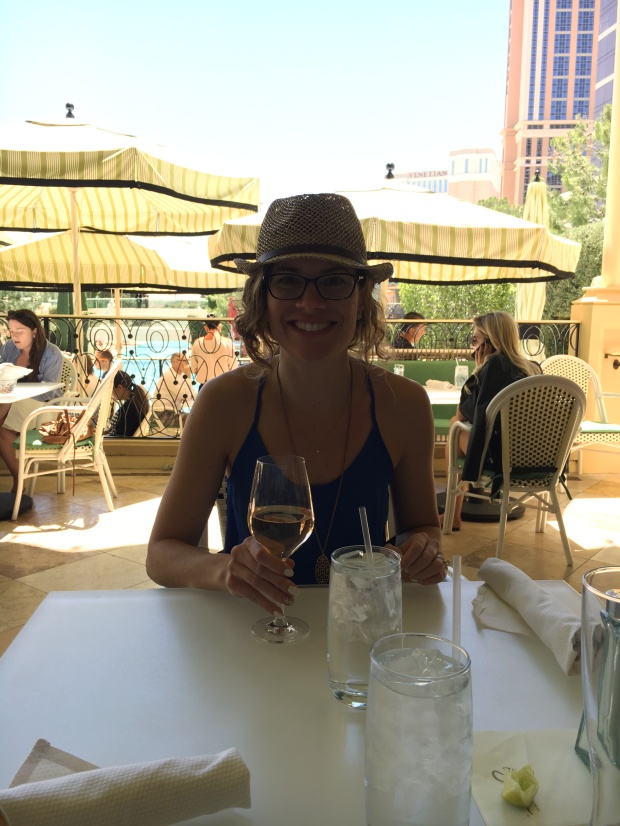 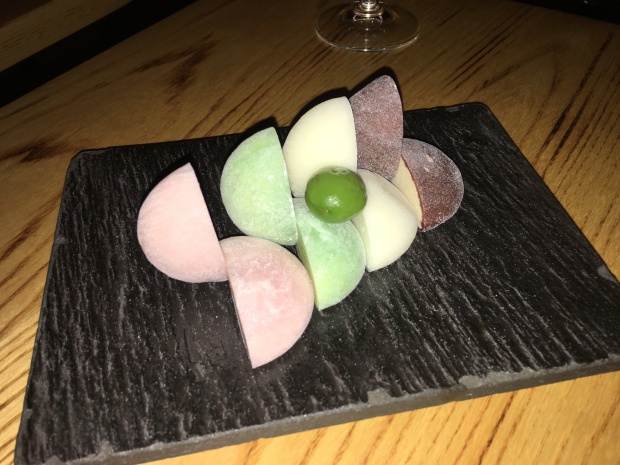 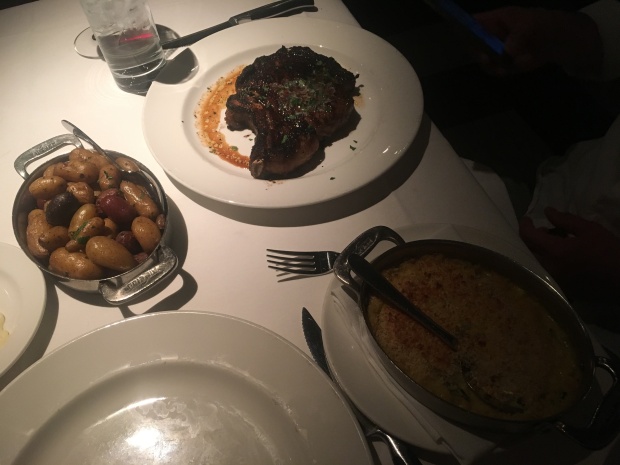 I also wanted to share a little tip that helped us save money. Vegas is expensive- there’s just no way around it, but I also think our hotel was exceptionally expensive and when I got the bill for 2 margarita’s by the pool the first day ($32!!!), we realized we should try to find a way to cut back there a bit. During our walk down the strip we found a liquor store and grabbed some beers and mini wine’s and filled one of the bathroom sinks with ice and keeping the drinks on ice in our room. We would take a plastic bag with ice & drinks in it down to the pool and they never noticed or cared! At $9-$20 a drink, it saved us A LOT of money! The bubbly from my sister helped, too 😉

We had grand plans of going to see a few shows and night clubs, but once we got there, we realized we didn’t want to be tied down to specific plans.  The Chainsmokers were playing at our hotels club/night lounge the night we got there, but the concierge said they wouldn’t actually get on until 2-2:30am… considering that was PST (3 hours behind) and that we had been up since 4am EST, we decided to forgo that idea. Instead, we went to the new(ish) Cosmopolitan hotel and had a drink at their Chandelier bar, gambled a little and went to their lounge bar which was really a fun scene. We spent a lot of time at the pool- having drinks, enjoying the music and some pretty awesome people watching. We walked a good portion of the strip one day which I enjoyed- the sites are so amazing, the hotels so grand, and you just see things there that you wouldn’t see back home. I learned how to play BlackJack and really enjoyed it (while we were winning!), but want to now learn how to play craps because that looked like so much fun. 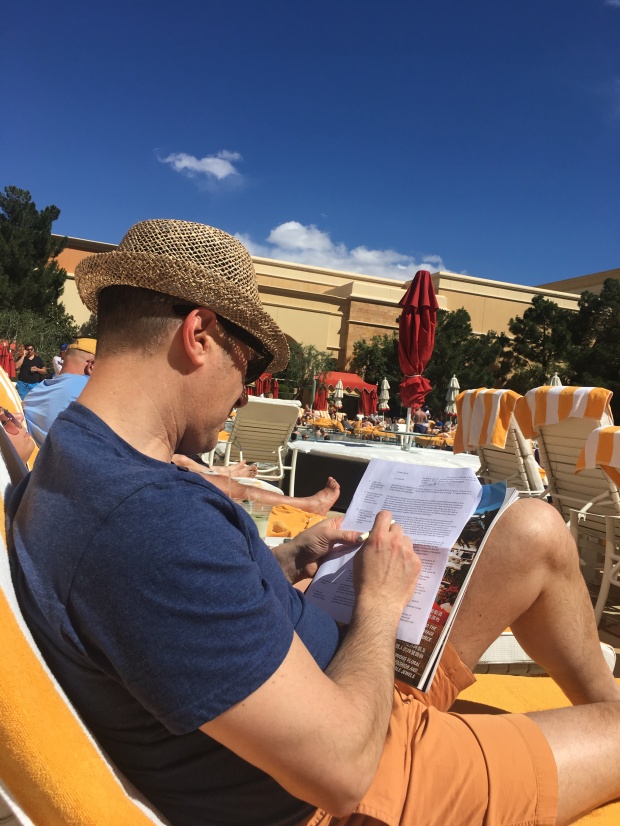 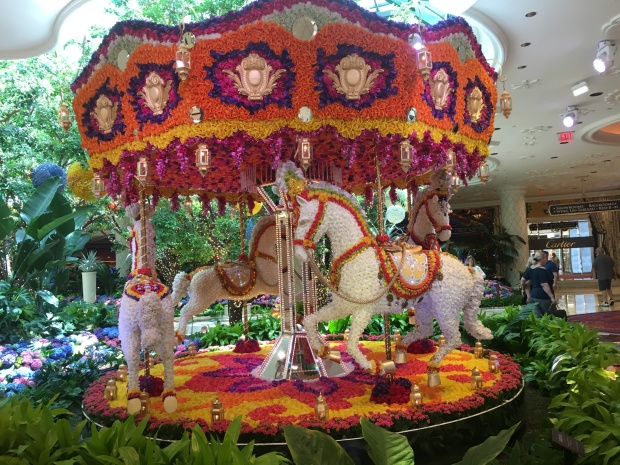 Bottom line, you can pretty much do anything you want in Vegas: shows, clubs, lounge bars, pools, pool parties, drinking, walking, eating well… limitless possibilities, which is just part of what makes the city so much fun.

Overall, the trip was so great- I was so proud of us for being spontaneous.

But the real question is… Where to next?!

One thought on “Vegas Recap {Where we stayed, what we did, where we ate}”