I realized last week that I never shared our final honeymoon recap with you! In case you missed the first 3, you can find them here:

I have to admit that I was a little nervous about heading to Positano for the fear that it would be too touristy, similar to Sorrento. However, upon our first sights of Positano during our drive in, my fears were quickly washed away. Although it was still touristy, the charm of Positano was still very much in tact and it just felt less touristy than Sorrento. 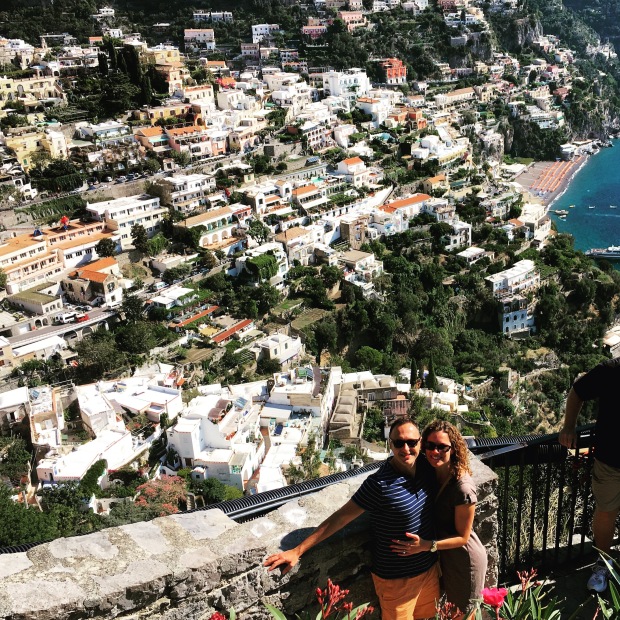 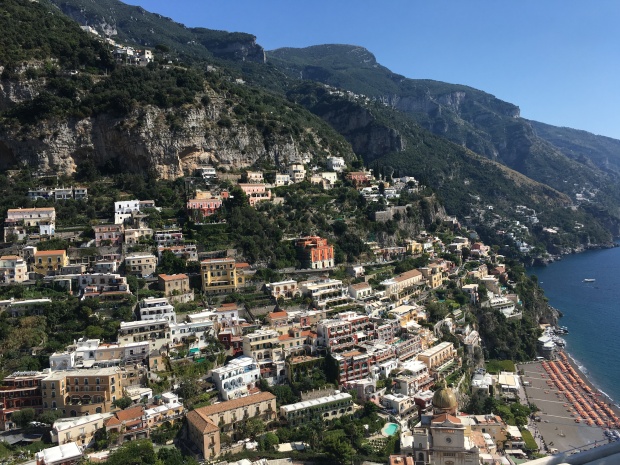 On top of that, we stayed in the most luxurious hotel, which just made everything better, especially after the poor hotel experience we had in Sorrento.

We ended up staying at Hotel Villa Franca during our time in Positano. While it was a rather expensive hotel, I’m so glad we splurged on it because it was a wonderful way to end the trip. They ended up upgrading us to their biggest/nicest room and “big” and “nice” really don’t do it any justice. It was the size of a small studio apartment, with a large, luxurious bathroom and amazing jacuzzi tub, a whole sitting area and an oversized terrace overlooking all of Positano. It was in a separate building from the main hotel, but it didn’t prove to be an issue at all since it was only a 30 second walk or so. 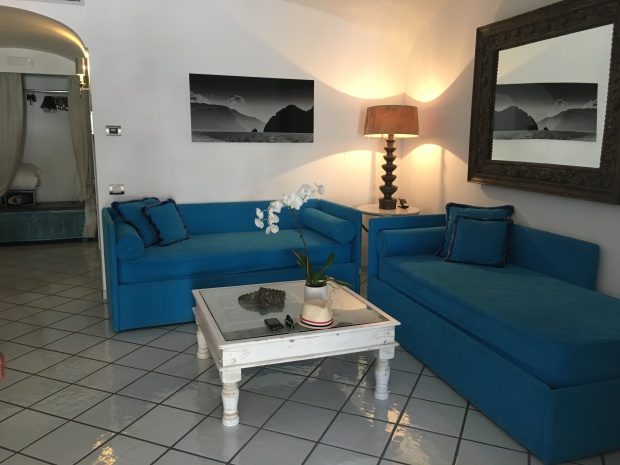 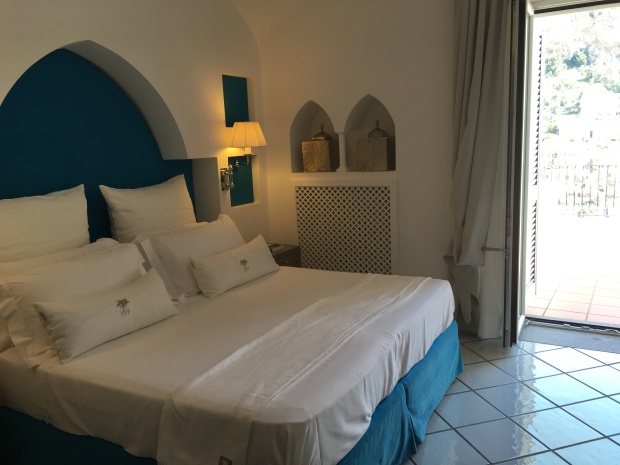 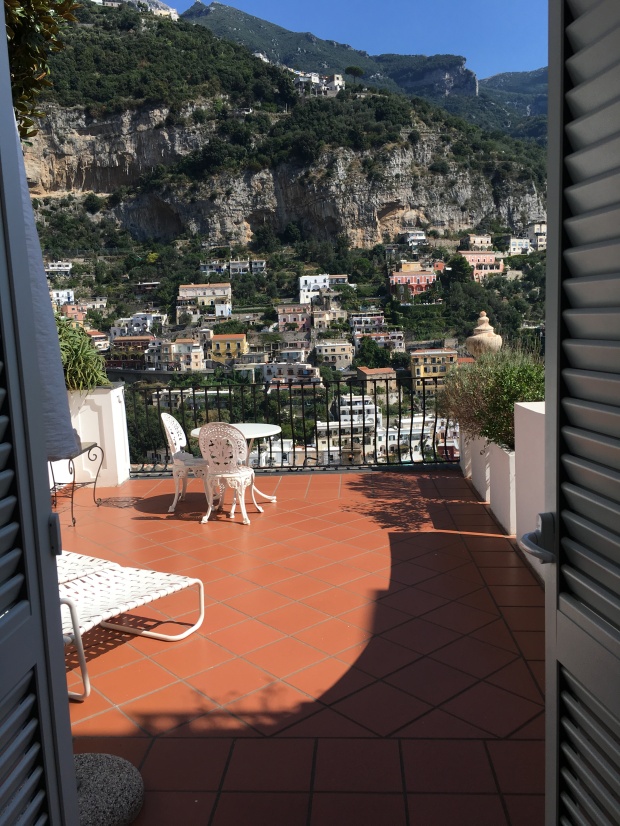 The staff was unbelievably warm, hospitable and helpful- we couldn’t rave enough about how welcomed they made us feel, starting with complimentary champagne upon our arrival. 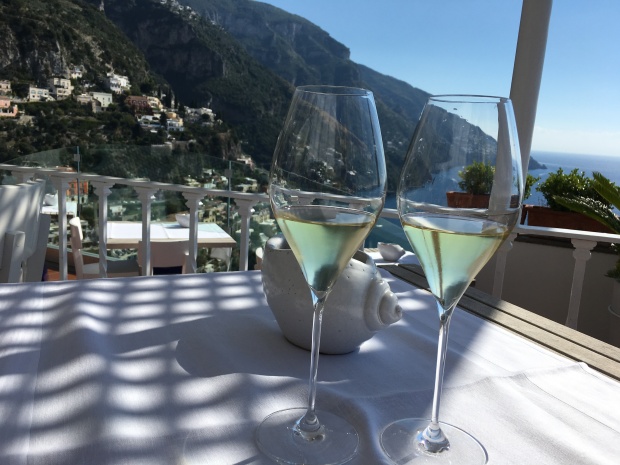 We spent a lot of time at their roof deck pool- the lounge chairs were so comfy, the Aperol Spritz’s were absolutely delicious and the bar tenders were very attentive. 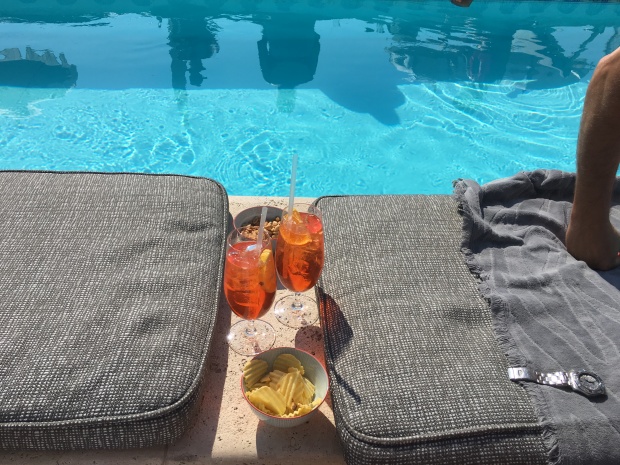 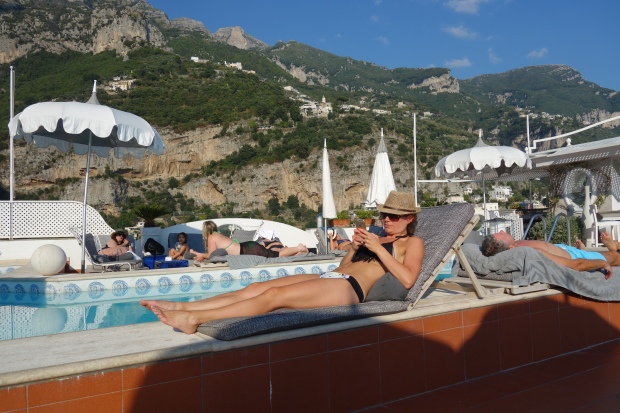 We didn’t end up eating up there, but everything we saw people eating looked delicious. We did indulge at their daily breakfast where they had everything you could ever imagine, including eggs made your way, assortments of breads/cheeses/meats, cereal, yogurt, granola, fresh juices and plenty of bubbly 😉

Our only complaint about the hotel was that it was so far up from the main areas of Postiano- 597 steps, to be exact! While I didn’t mind the steps (obviously), it made it difficult to bounce around and you had to plan ahead for how long you wanted to be down by the beach. They do offer a complimentary shuttle service leaving from the hotel every half hour that brings you down to the beach area which we did take advantage of at night when we would head out for dinner. This was a wonderful service! 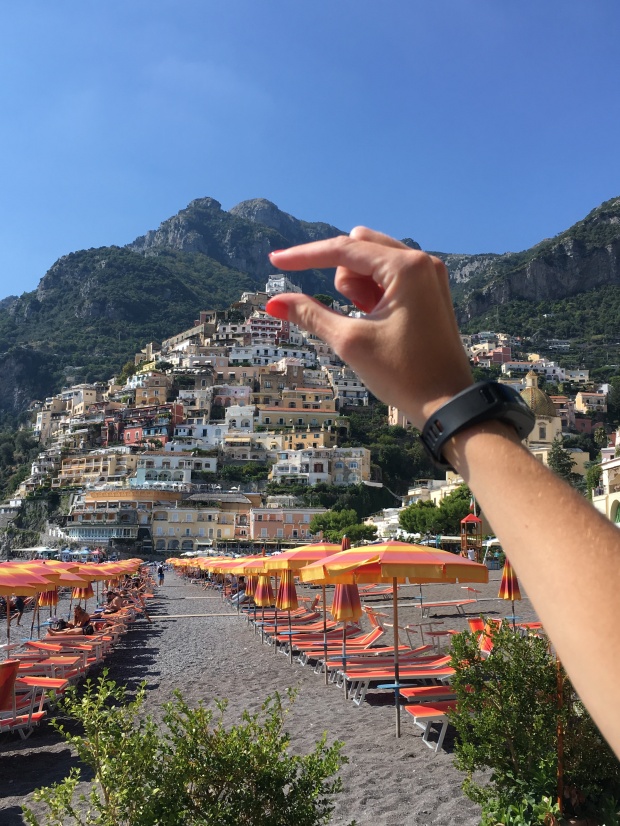 That was our hotel… wayyyy up there!

Prior to our honeymoon, we received lots of recommendations for lunches/dinners during our time in Positano, which was nice to use as a base. We found some places on our own which also did not disappoint. 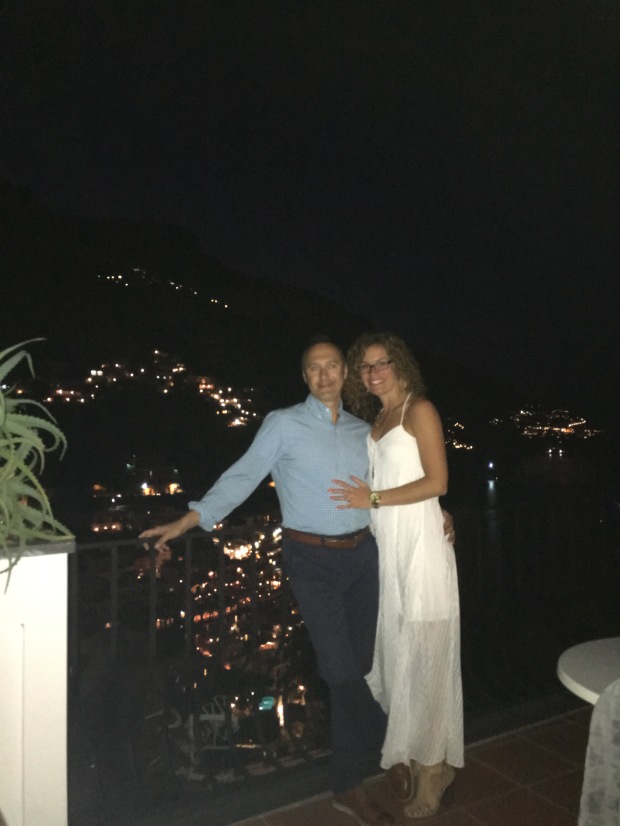 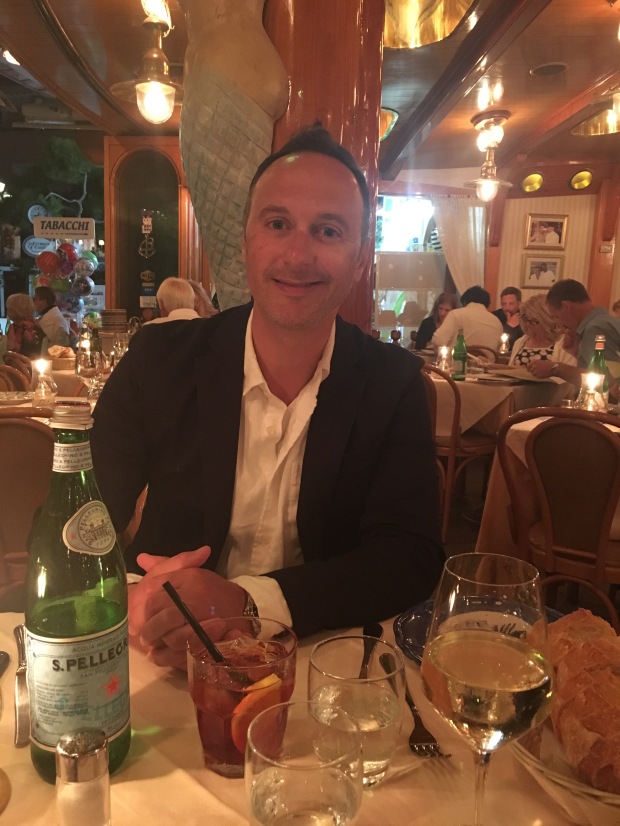 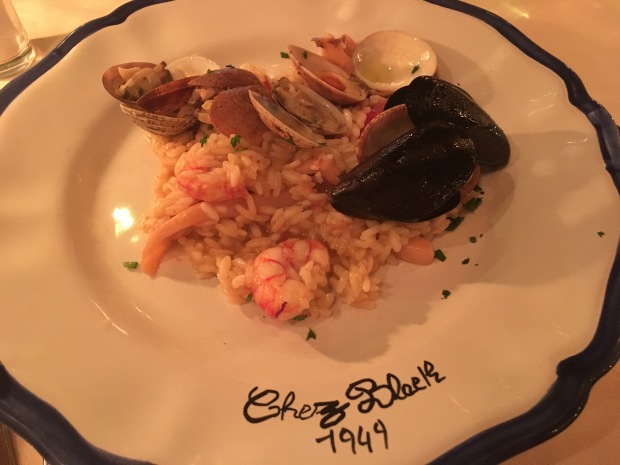 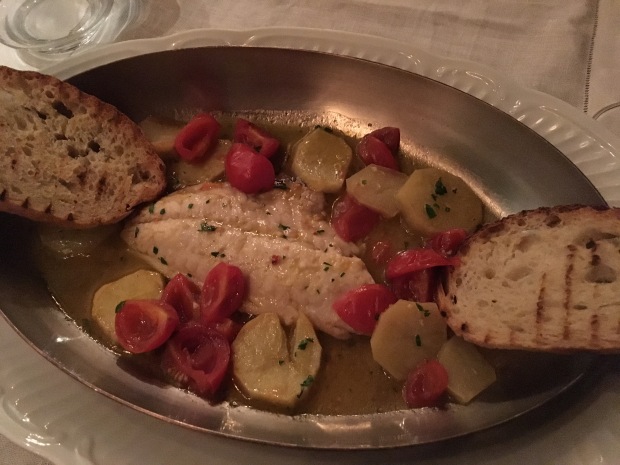 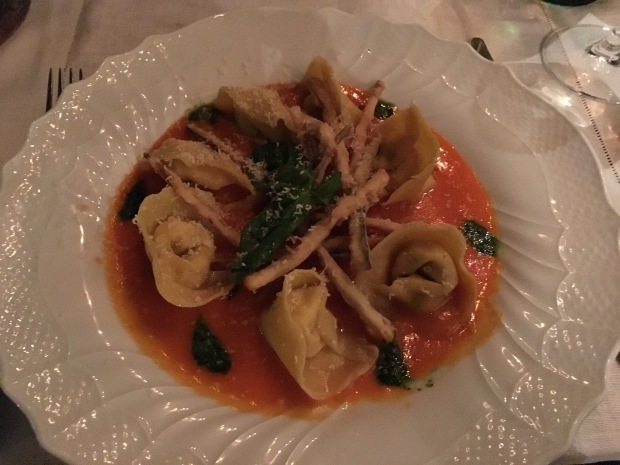 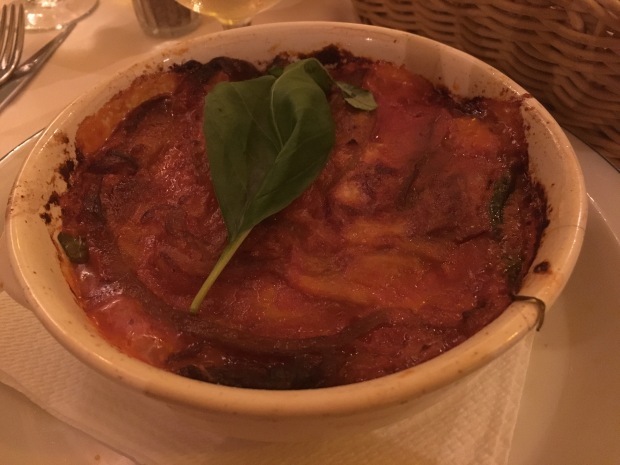 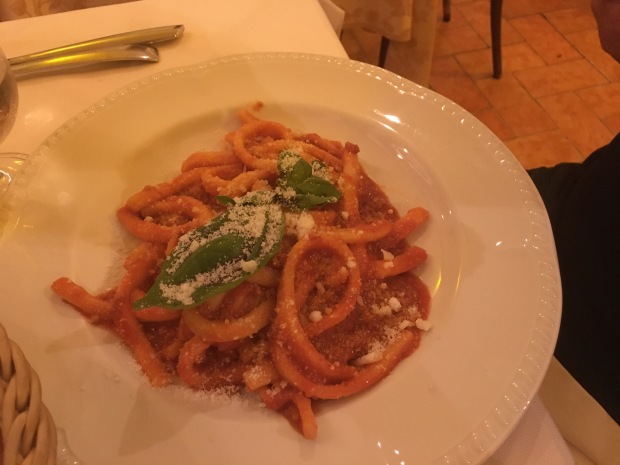 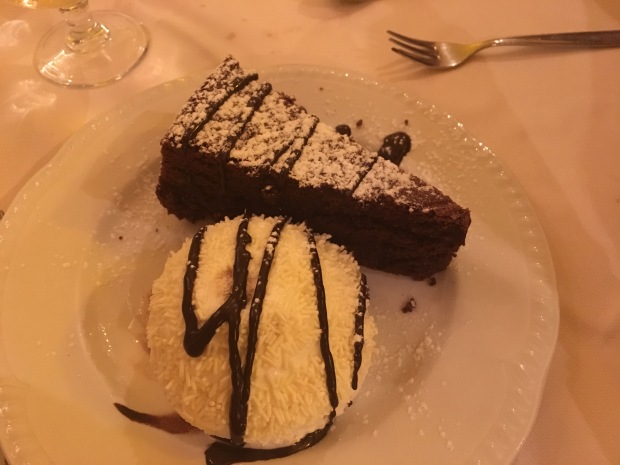 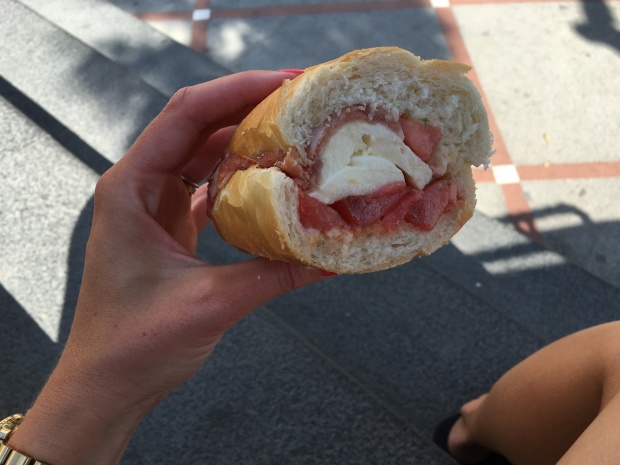 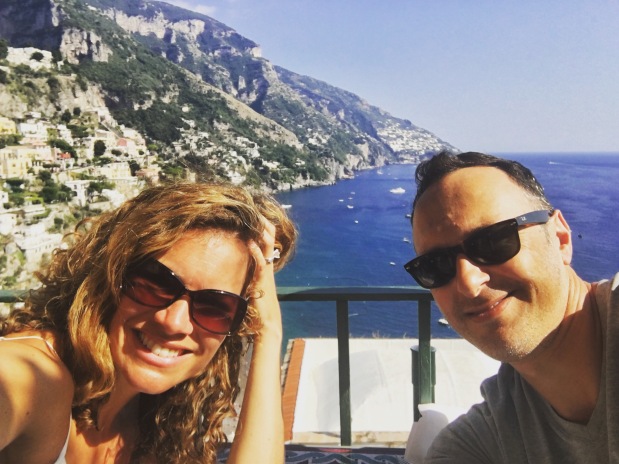 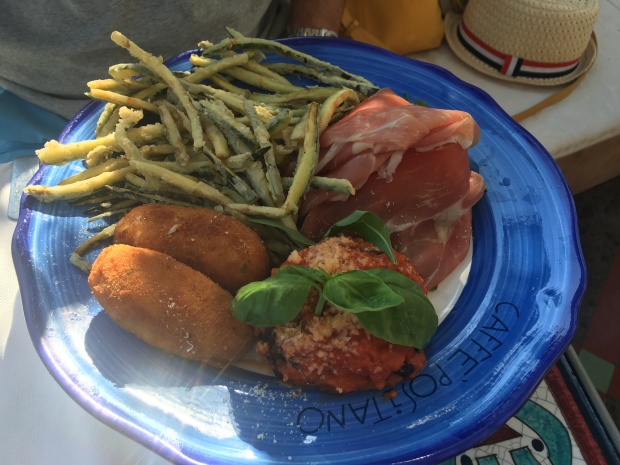 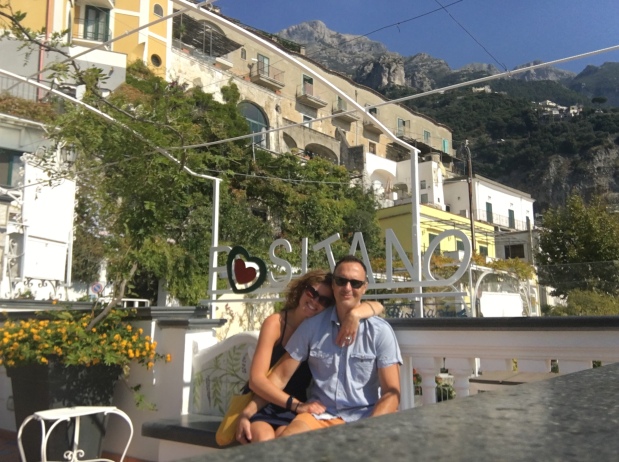 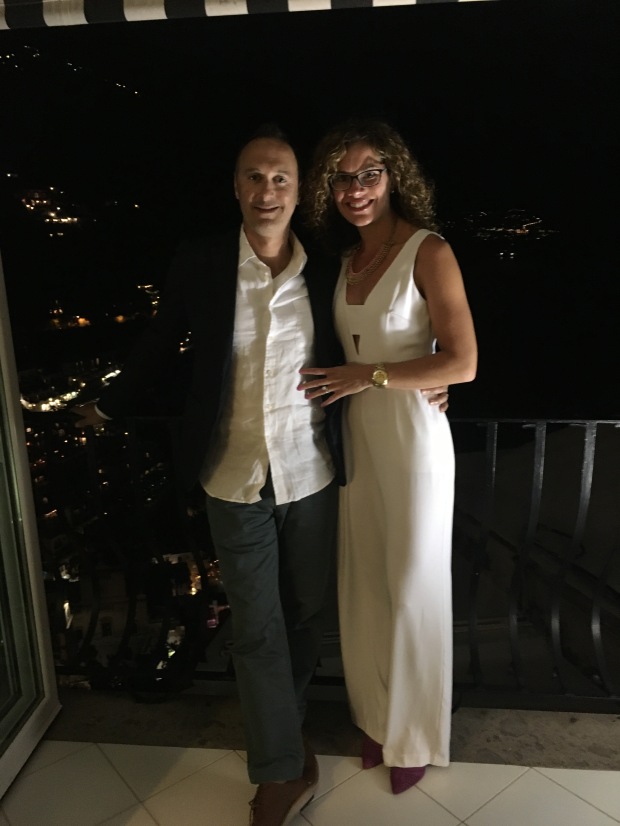 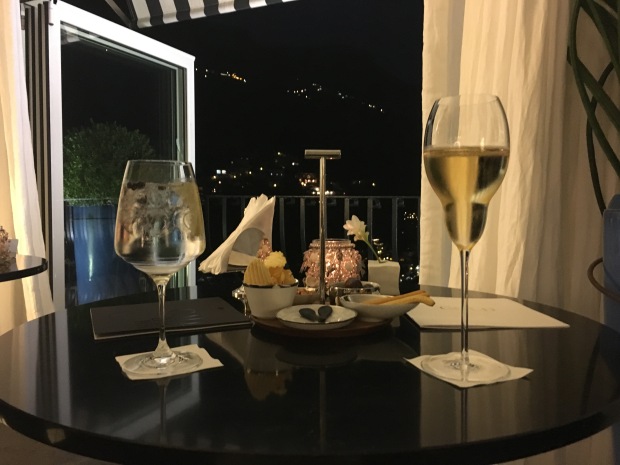 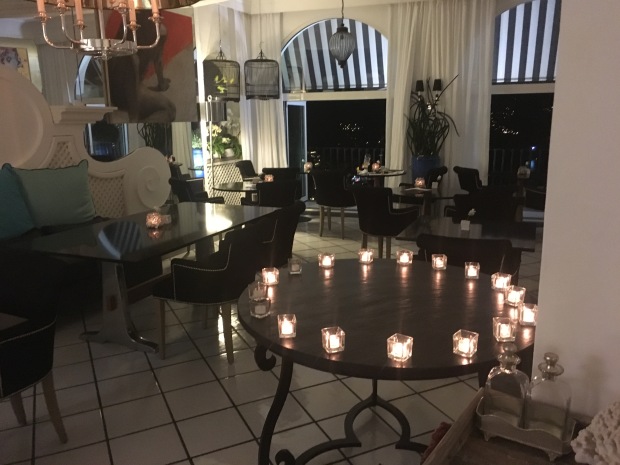 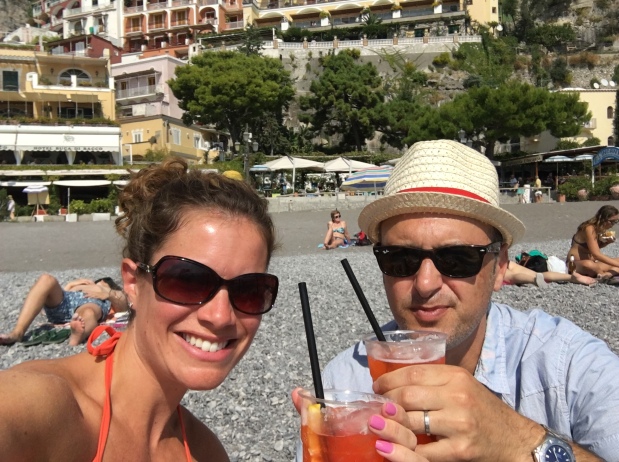 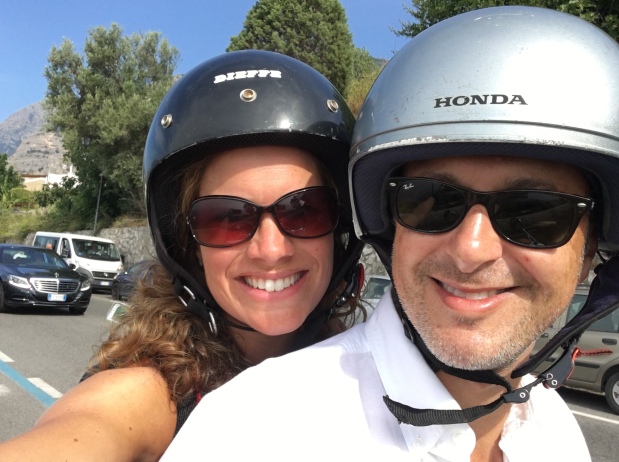 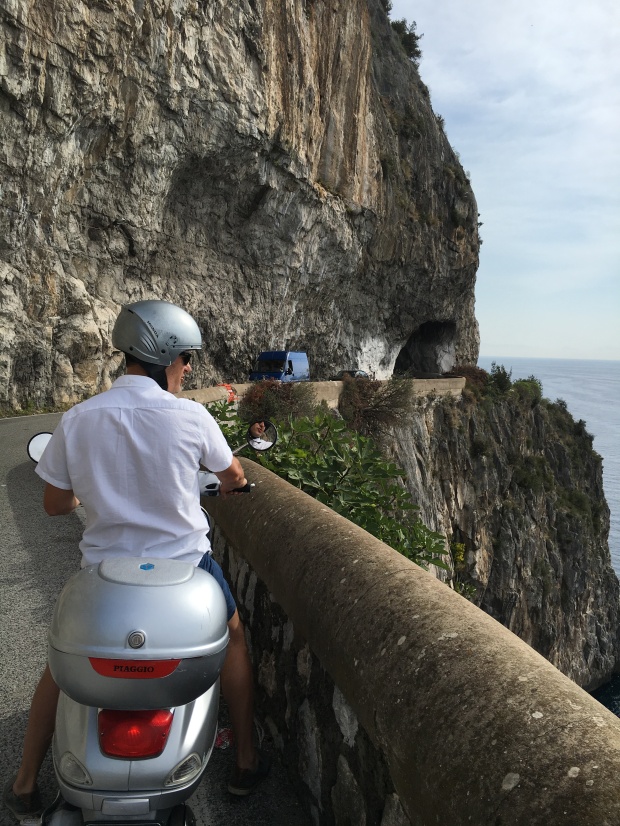 Volume up! Today I got WAY out of my comfort zone by getting on the back of a Vespa with RM. it was so scary, but SO fun! #positano #lunadimiele #honeymoon #italia #vespa #sofunny #bestday

You can also take the ferry to Capri, do cooking classes, etc., but we opted to just soak in the hotel and things around us.

I’ve said it before and I’ll say it again, we absolutely fell in love with Positano! So much so, that RM said for our 3rd wedding anniversary we need to go back- I’m certainly not going to complain (or forget) about that! This was the last of our honeymoon recaps- I hope you’ve enjoyed them, and maybe they’ll be helpful if you decide to visit the Amalfi Coast! 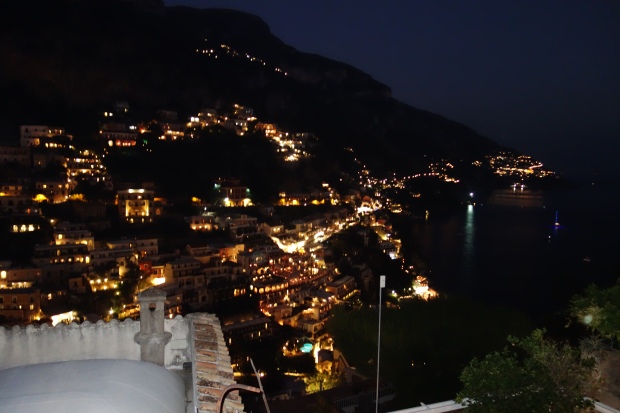