Good morning, friends! I am so happy that I have today off, and I hope all of you do, too! My plan today is a workout and then going up to Kittery to meet my parents for lunch since I won’t be around this weekend when they come to help my sister move. I wanted to go spend a few nights up there, but with the snow and parking, I just couldn’t make it work 😦

I’m sure you’re probably so sick of me (and a lot of other Boston bloggers) venting/complaining about the snow- I get it. It’s totally annoying, but somehow talking about it makes me feel a little better. Misery loves company, right? Anyway, with the way this winter has been over the past 3 weeks, it’s really no surprise that another blizzard would hit the city over Valentine’s Day weekend. I honestly felt so bad for all the restaurants because it’s no doubt they all suffered from people cancelling their reservations. I’d love to say we were different, but once we heard about the storm, we opted to stay local and just bar hop by foot (in boots!) rather than get dolled up for a fancy dinner. It ended up being perfect.

Friday night, I had plans on heading to the gym after work, but I did something I rarely do: skipped it. My bag was packed and it was in my plans, but as the day wore on, I realized I was really sore from Thursday and just wasn’t feeling it. I’m so happy I skipped it because traffic was insane and it took me over an hour to get home from work as it was. I was picturing a hungry, tired, post workout Monique in that situation and it just wasn’t pretty 😉

Roberto picked me up and we ended up throwing together a really great, simple dinner: gluten free panko coated fish, sautéed veggies and millet . Everything about it, especially paired with a few glasses of wine and some good catch-up convos with RM, was perfect!

And, just when we thought it couldn’t get better, it did! I came across this post from Athena’s Friday Favorites and knew I needed to make it for RM. As you know, we try to eat *mostly* paleo, so this seemed like a great addition to our Valentine’s Day weekend. While they were good on their own, I decided they needed (yes, needed) frosting, so I made a simple one of unsweetened bakers chocolate, water, peanut butter, vanilla and confectionary sugar that made the dessert! 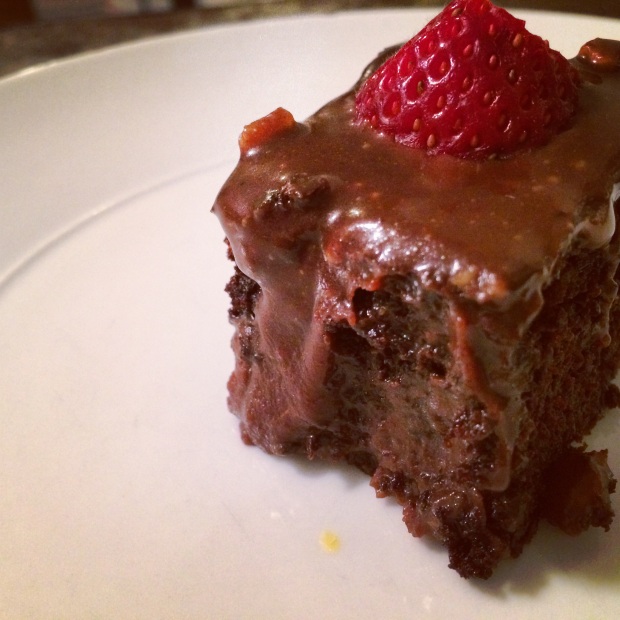 Saturday, I dressed in my most festive Valentine’s Day color workout clothes and taught a small, but tough cardio kickboxing class. Between the snow, long weekend and Valentine’s Day, it was the smallest group I’ve seen in a while! 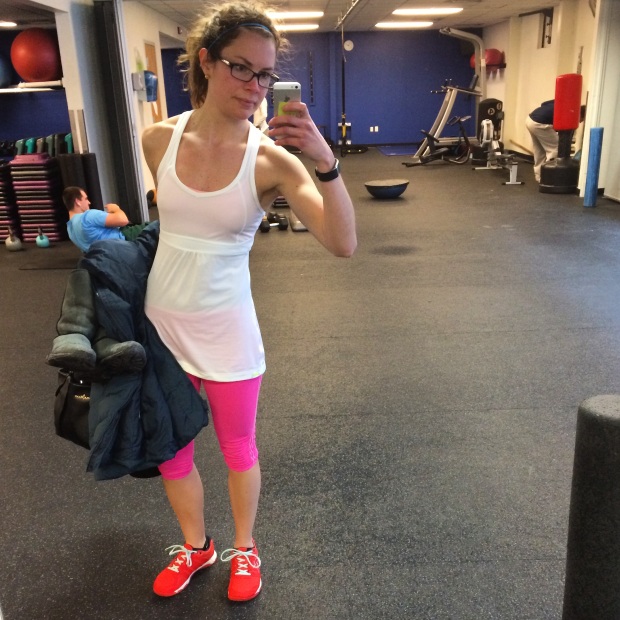 As I mentioned earlier, RM and I decided to cancel our fancy dinner reservation in the South End in favor of sticking local. We headed to Prima e Dopo for a few drinks before decided to splurge on pizza at Kelly’s Pub (I love how I say above that we *mostly* eat Paleo and then here I’m showing the pizza we ate. Don’t judge;) ). While I love Santarpio’s, the pizza at Kelly’s is seriously delicious and it’s always a funny crowd. 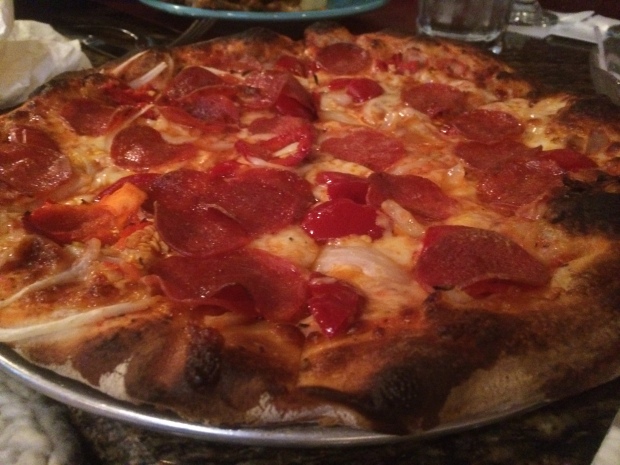 While the 1.5 mile walk home in the snow seemed rather daunting, thanks to one too many glasses of wine it wasn’t so bad 😉 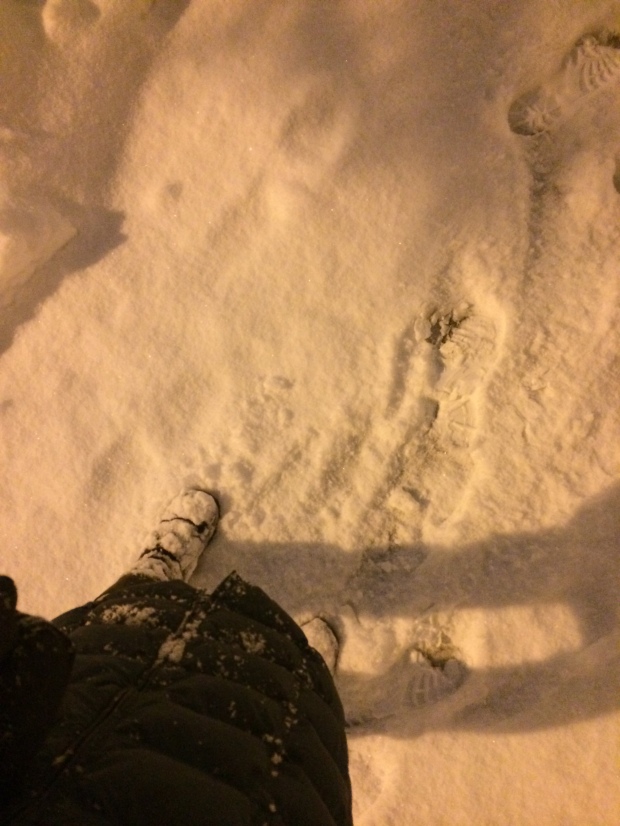 We had the best night- laughing, chatting, drinking and just enjoying each other’s company.

Sunday started with protein pancakes, was followed by cleaning and naps and then lots of shoveling. 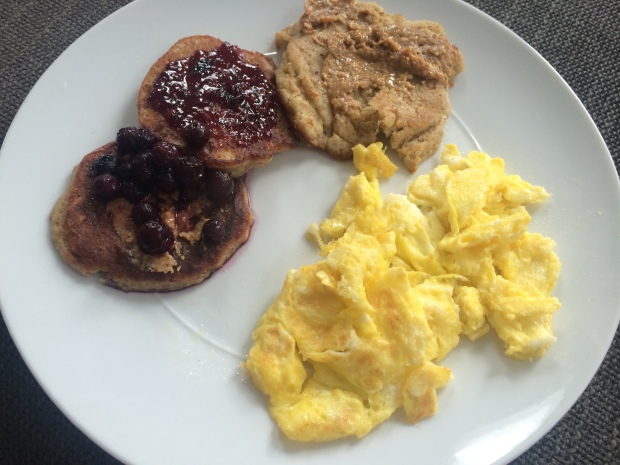 To reward ourselves, we headed to Jeveli’s and had some drinks and I had a bowl of soup since I hadn’t eaten lunch. Perfect way to wrap up a COLD day of shoveling!

All in all, I’d say we were able to successfully not let mother nature ruin our plans!

Questions for you: Did you do anything to celebrate Valentine’s Day? Did the weather ruin your plans? What’s a post-shoveling reward you give yourself?