Good morning! Although we ended up leaving the Cape early on Sunday due to crap weather, it was a really fun weekend! Here’s a picture recap- with some descriptions, because I love words! My girlfriends and I went to Brewers Fork in Charlestown on Thursday night for my friend Jessi’s birthday- if you’re looking for good pizza, I suggest checking it out. We all loved it!

Sunset on the way home.. yes, we were on our way home before 8pm. We have officially gotten old because our weeknight get together events end early.

Since I took a rest day on Thursday (more on that tomorrow), I went to the gym on Friday. I did an Jill Fit workout and felt it was appropriate for a #flexfriday post 😉

Friday night, RM and I headed to the Cape for the weekend and stopped at the local Cotuit hang-out, the Kettle Ho for dinner. Mom- how about this pour of Kendall Jackson?

Saturday morning started with a class at the B/Spoke Cape House Studio after I dropped RM off at the golf course. The class was AWESOME!! It wasn’t very full, but the energy was awesome and there were a bunch of employees in the ride which made it fun. I really feel like I’m starting to get a hang of the class and it’s great! I kind of want to start teaching at an indoor cycling studio…. 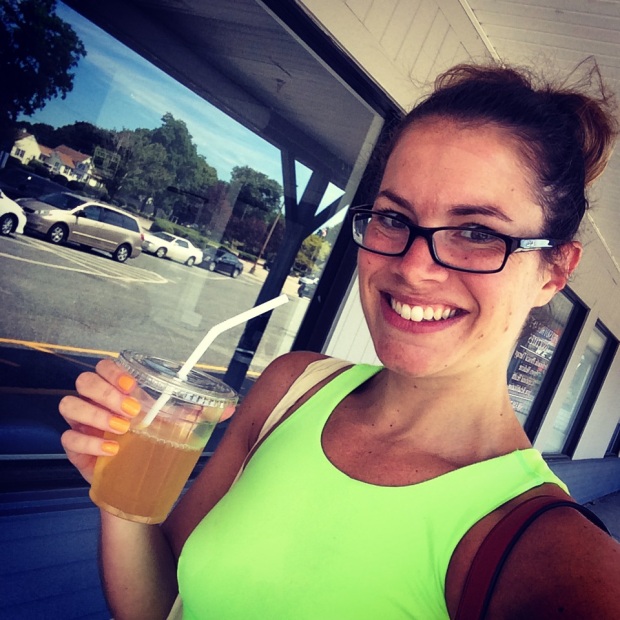 I was so happy that Kia and Amy were down at the Cape because I was able to go to the beach with them for the afternoon while RM golfed. Girls beach days are the best 🙂 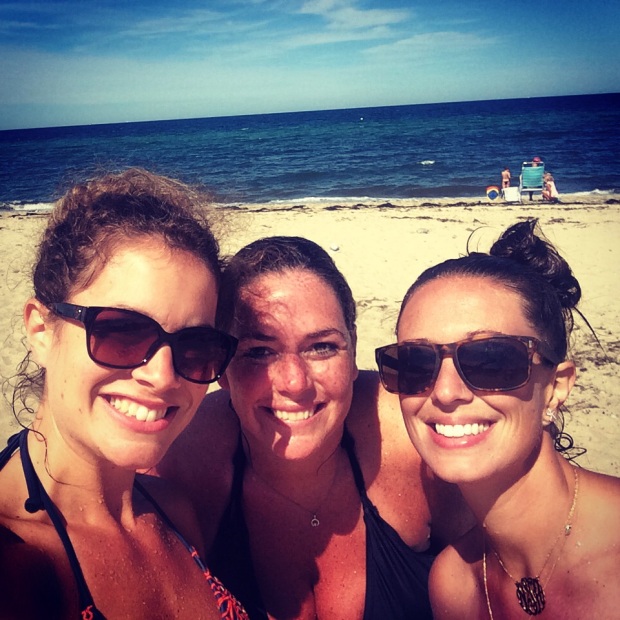 Before dinner, RM and I sipped on this delicious wine from our Club W subscription. 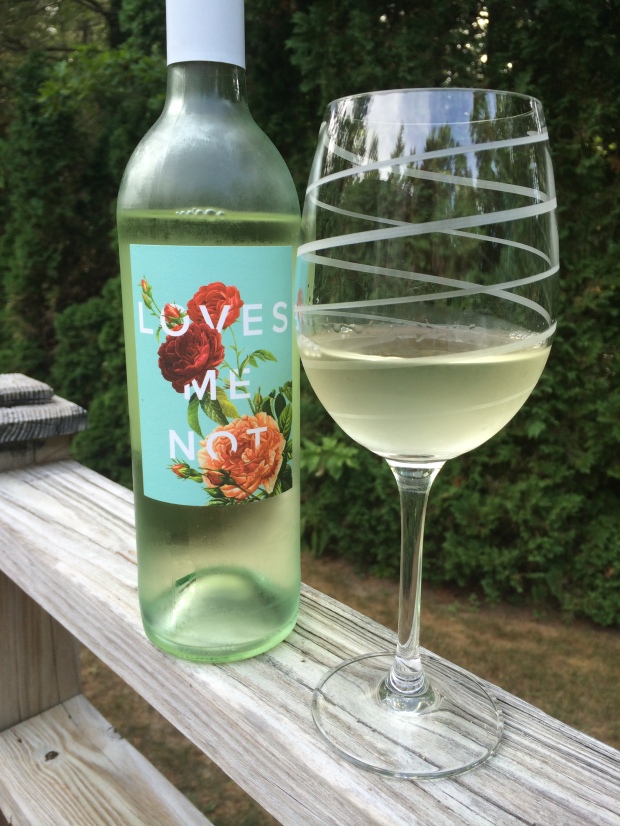 We weren’t sure what we wanted to do for dinner, but we ended up going to Mashpee Commons to see what was available. We ended up finding this awesome restaurant called Estia. As soon as I sat down and looked at the menu, I was SO EXCITED to find out it was a Greek restaurant- I loveeee Mediterranean food! Athena, I think you would’ve approved 🙂 We had some wine and shared a pizza and a seafood dish and everything was fantastic! 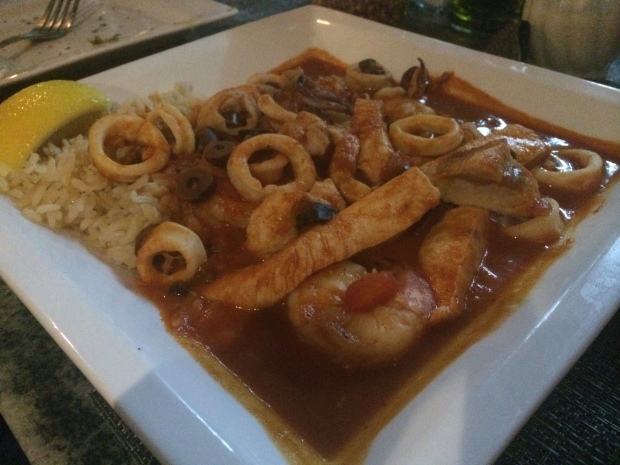 We are so lucky to have weekend getaways together! 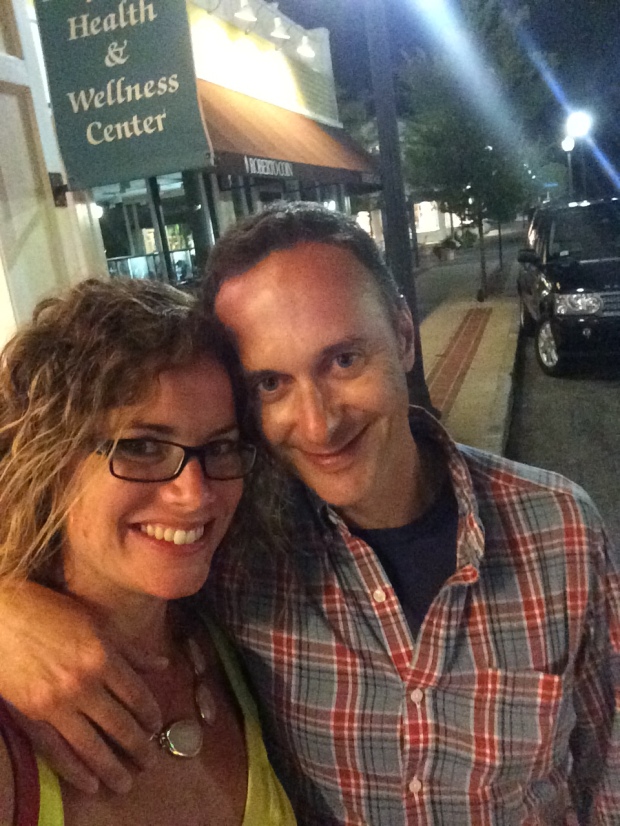 Our plan was to go to the beach on Sunday, but it was crap weather so we ended up packing up and heading out early… with the rest of the Cape, apparently. Traffic was bad! After a quick stop at RM’s mom’s (ended up having lunch- Italian mom’s can’t not feed you when you go there 😉 ), we food shopped and headed back to East Boston. The weather ended up turning around and it was an awesome late afternoon so we decided to take the T into the city and get drinks outside to soak up the early evening weather. 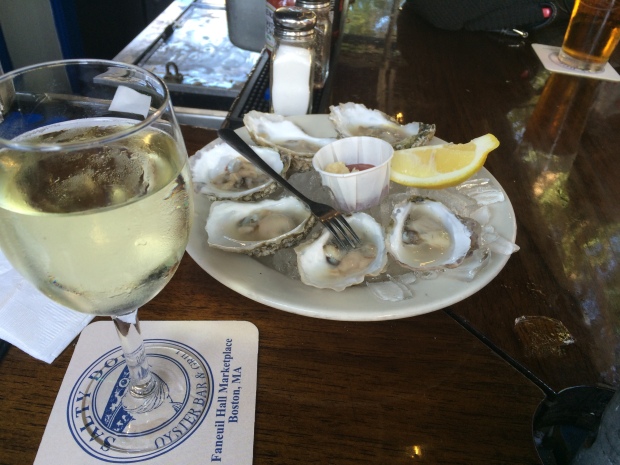 It ended up being a really great day even though we were initially bummed we couldn’t go to the beach. Normally I’m not big on spontaneous Sunday night things, but I’m really working on living in the moment and soaking up summer nights as much as I can and yesterday was a perfect example of that. It was so gorgeous in the city and just being outside amongst lot s of other people was just so fun! Staying home to clean or food/meal prep instead of going out and enjoying the weather would just be so silly, right?!

Questions for you: What was the best part of your weekend? Where is your favorite pizza place? Do you live in the moment and soak it all up or live by plans?