Hey everyone! Over the past weekend, I had the pleasure of going to NYC for a little birthday getaway weekend.  I’ve been to NYC on work many times, but, if you can believe it, this was my first time going for fun! I know, it’s crazy! I’m going to let my pictures do most of the talking… hope you enjoy! 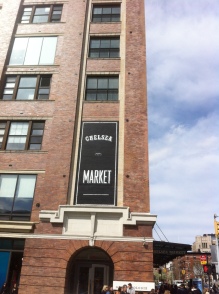 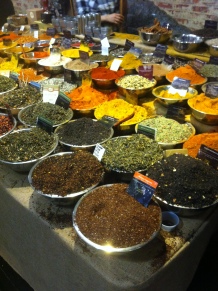 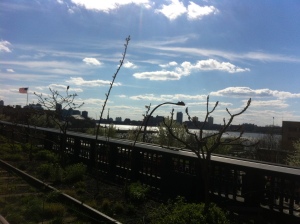 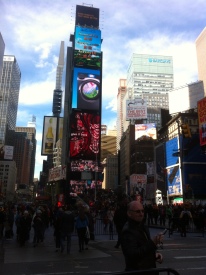 (Outside of the Renaissance Hotel, which was right in the heart of Times Square- Love those Marriott points!. For a first time visitor to NYC, I was totally in heaven! One of the bars in the hotel had walls of windows overlooking the square. So many people. So many signs. So many things to see.) 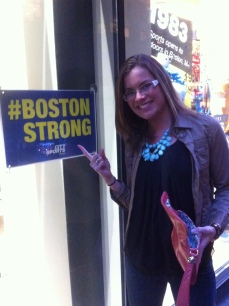 My friend Jess’s sister was so helpful in suggesting good, non-touristy restaurants in the city. And, even more helpful with securing a reservation at Maialino which was in the Gramercy Park Hotel. The food was absolutely delicious and it was pretty cool to have the Chef send out so many complimentary tastings! The best part of the night, though? The fact that Katie Couric walked in and literally sat at the table next to us. Yes, you read that correctly. Katie Couric was there. She was so pretty! I didn’t have the chance to get a picture or talk to her, but just seeing her was cool enough! 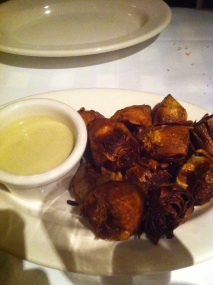 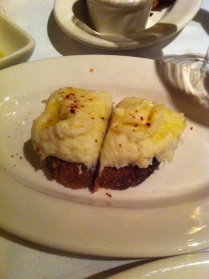 (Fried artichokes and bread topped with whipped potatoes and cod) 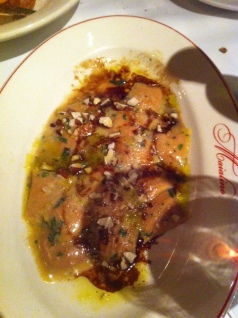 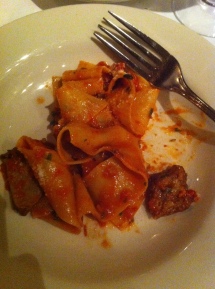 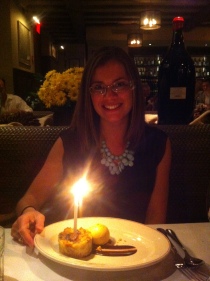 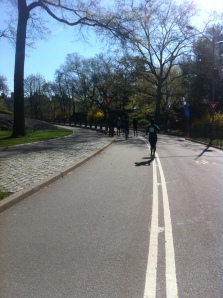 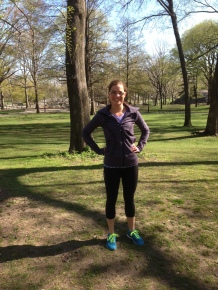 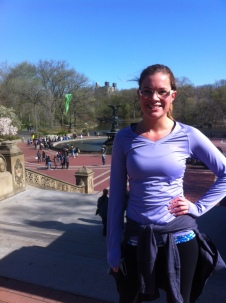 (The coolest part about this run was that there was a race going on that was dedicated to BostonStrong. Very emotional feeling jogging with a bunch of New Yorkers all wearing BostonStrong shirts.)

Well, that about sums it up, or at least what I had pictures of, haha Sometimes I forget to take pictures or think it’s not worth taking a picture of another glass of wine or another plate of food or another scenery photo, but when I go to write up a post, I kick myself because I really wish I had taken those pictures!  I know some people would rather blog through words, but I tend to be someone who enjoys looking at pictures, so that is why I like to put a lot in my posts. Rant is over.

Questions for you:Are you a NYC fan? What is your favorite restaurant in NYC? How was your weekend? Any good eats or drinks to share?

13 thoughts on “Scenes from NYC”